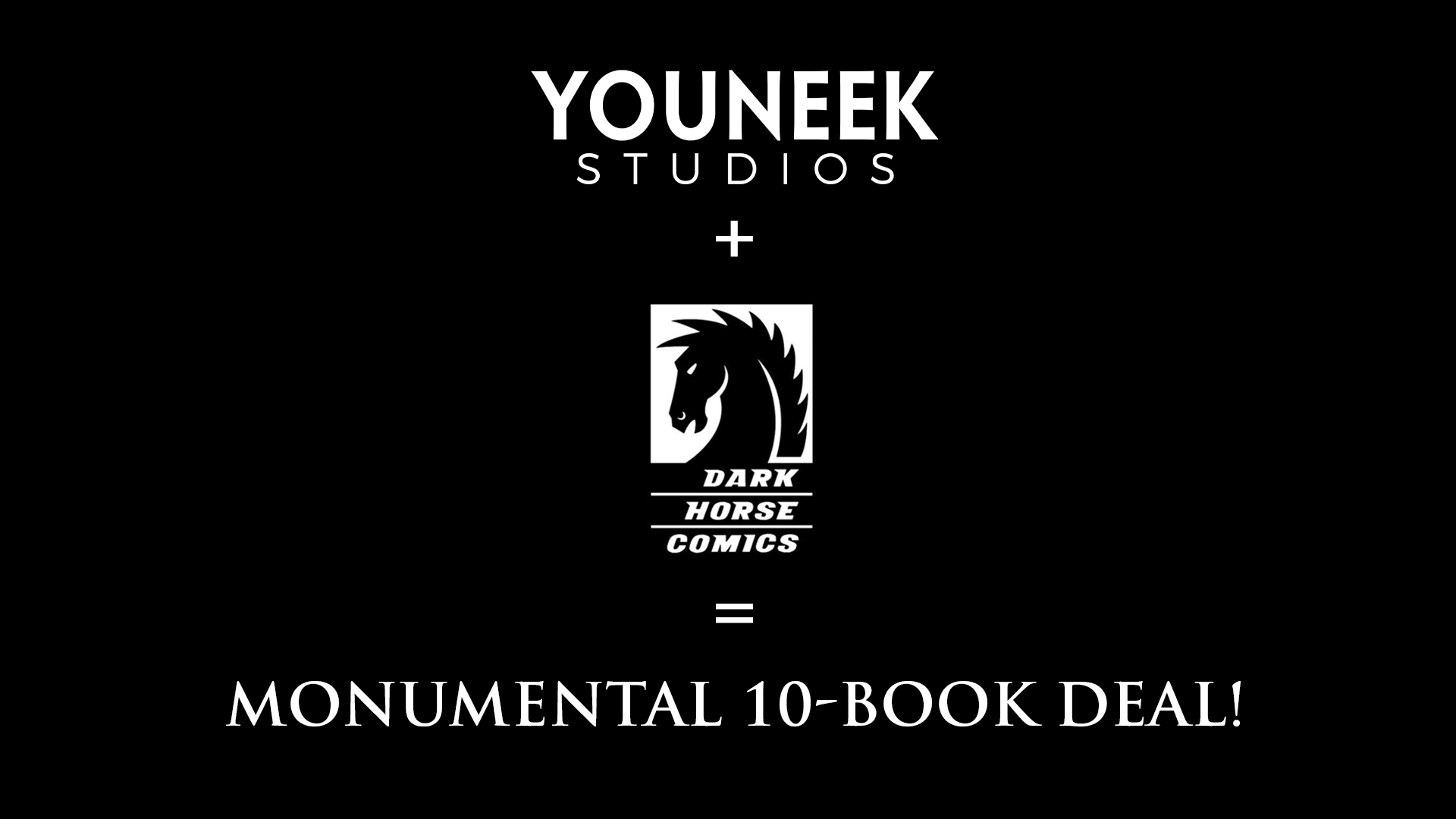 MILWAUKIE, Ore., (January 27, 2021), Since 2012, Roye Okupe, has been building a universe of superheroes that spans centuries centered around African stories, crafted by African creators. Now, Dark Horse is thrilled to welcome Okupe and his YouNeek Studios graphic novels into its’ publishing line.

Dark Horse will be publishing the entire line of previously self-published stories, along with never-before-seen bonus material starting with Malika: Warrior Queen, Iyanu: Child of Wonder, and E.X.O: The Legend of Wale Williams, and continue onward into new and never-before-seen stories.

“What we are trying to do over the next few years is create a compelling and immersive universe with our own twist. How? Well, the YouNeek YouNiverse is a massive, interconnected universe of sci-fi, fantasy and superhero content spread across multiple timelines with stories told from an African perspective. Is this ambitious? Yes. Is it impossible? Not at all.” Roye Okupe stated “With this monumental partnership with Dark Horse and the impeccable history, support and infrastructure they bring to the table, we will finally be able to achieve our ultimate goal: create, for a global audience, content that empowers African creatives and storytelling.”

Dark Horse CEO Mike Richardson added, “YouNeek Studios is unlike anything in American comics today. Roye has brought together a host of amazing African talent, telling African stories and Dark Horse is honored to help further their reach.”

In Malika: Warrior Queen, Malika inherits the crown from her father, but in the process the kingdom of Azzaz is split in half. After years of civil war, Malika finally unites all of Azzaz, expanding it into one of the largest empires in all of West Africa—but expansion will not come without its costs. Malika: Warrior Queen arrives September 7 2021 and is available for pre-order now.

Iyanu: Child of Wonder, the tale follows a teenage orphan with no recollection of her past. Suddenly Iyanu discovers that she has abilities that rival the ancient deities told in the folklore of her people. It is these abilities that are the key to bringing back an “age of wonders,” and Iyanu must begin her journey to save a world on the brink of destruction. Iyanu: Child of Wonder Volume 1 arrives September 21, 2021 and is available for pre-order now.

“Wale Williams—and his setting of ‘Lagoon City’—is to Lagos what Gotham City is to New York.” -Forbes

“E.X.O.: The Legend of Wale Williams is the fast-paced, afro-futuristic graphic novel from Roye Okupe.”-CNN

“The designs are very slick and futuristic, and ignore some of the design stereotypes which frequently turn up in many ‘African set’ productions created by less intimate creators. At an initial glance, it has all of the fast-paced action and hi-tech superhero antics that you would expect of most animated action series on Cartoon Network or NickToons, only it is featuring a brand-new hero for a brand-new era.” – The Examiner