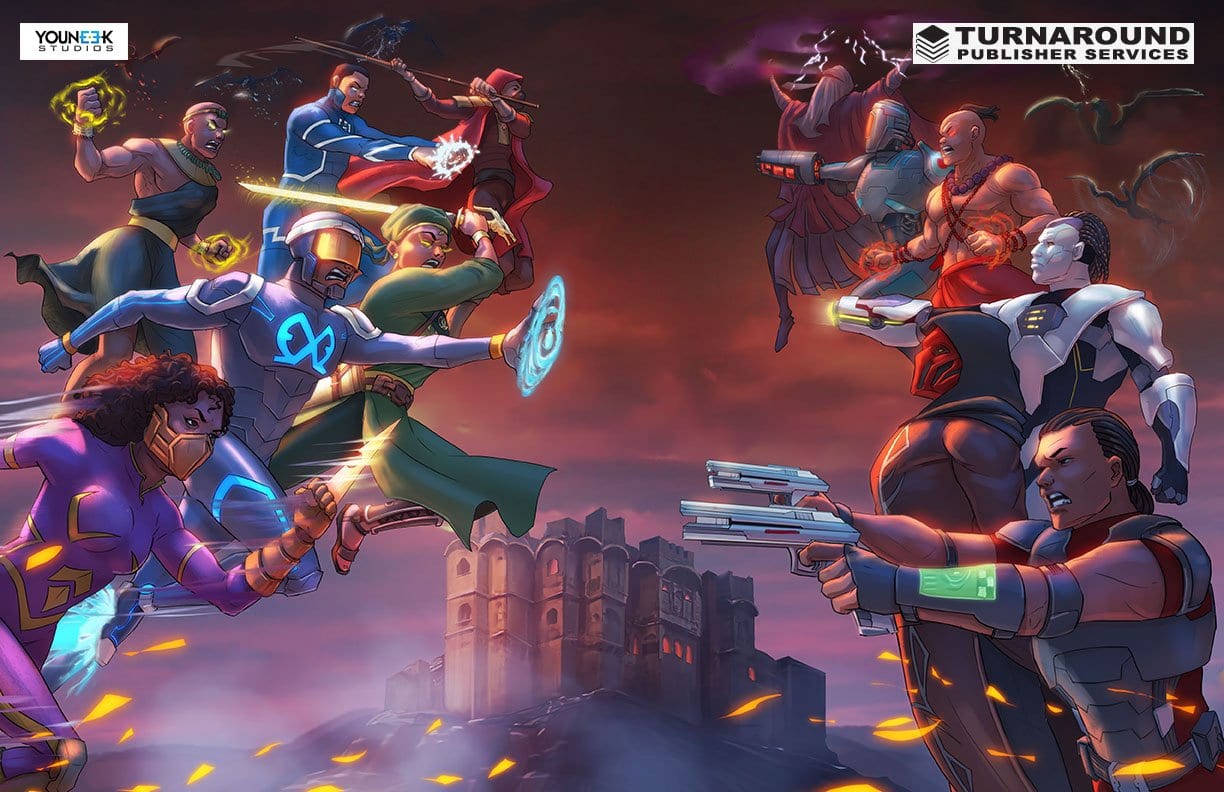 YouNeek Studios, the Maryland based graphic novel and animation company, has announced their exclusive deal with Turnaround Publisher Services, the UK’s leading independent book distributor – well known for their graphic novels in the UK and other parts of Europe. Turnaround will now exclusively distribute YouNeek’s graphic novel series like: E.X.O., Malika and WindMaker, as well as all their upcoming titles.

With another successful Kickstarter for Malika – Warrior Queen Part Two, which raised a total of $13,987 and the release of their first colouring/activity book: YouNeek African Heroes just in time for the holidays, it’s safe to say YouNeek Studios is here to stay! Malika Warrior Queen Part Two will be the fifth book in the continuity of a shared universe of graphic novels called the “YouNeek Youniverse.” Dubbed “The MCU of graphic novels,” the YouNeek YouNiverse is a combination of individual graphic novel series (E.X.O., Malika, WindMaker etc.) tied together with one continuous, overall plot that weaves through each individual story.

“Producing this series has definitely been the most painstaking for me as a writer. The last two years have been filled with sleepless nights, months of research, moments of self-doubt and more. But I’ve loved every minute of it. Why? Because as much as this is a fictional story, it is both heavily inspired and framed by African history.

“The deal with Turnaround is a great thing not just for us here at YouNeek Studios, but especially for our fans in the UK and Europe who have had to pay high shipping costs just to get our books. We’ve worked hard over the years to correct this so securing a distribution deal with such a great company like Turnaround is huge for us!” – Roye Okupe, Co-Founder/CEO

If you’re a comic book shop, library or bookstore in the U.K. or Europe and are interested in YouNeek Studios titles, contact Claire Thompson at Turnaround for ordering info: claire.thompson@turnaround-uk.com | T: 020 8829 3009 M:07703 298 564

Born in Lagos, Nigeria, Roye Okupe is a creative specialist who holds both a Bachelor’s and Masters in computer science from The George Washington University. His passion for animation led him to found YouNeek Studios in 2012, an avenue that would allow him to pursue his dream of creating a diverse library of superheroes. Under that umbrella, Roye wrote, produced and directed several animated productions including, but not limited to, 2D/3D animated short films, TV commercials, show openers, music videos and much more. These productions have allowed Roye to attain many prestigious recognitions such as being #5 on Ventures Africa’s list of 40 African innovators to watch (2016) as well as being part of NewAfrican Magazines’ 100 most influential Africans of 2016.

YouNeek Studios is a hub for “YouNeek” and creative character-based storytelling and entertainment. Through the use of animation, digital comics (as well as print), graphic novels, film and other popular media, we aim to build a library of eclectic characters that appeal to a broad audience. Simply put, we focus on telling extraordinary stories about extraordinary characters.

You can read over 100+ pages of YouNeek Studios graphic novels for FREE by following this link!