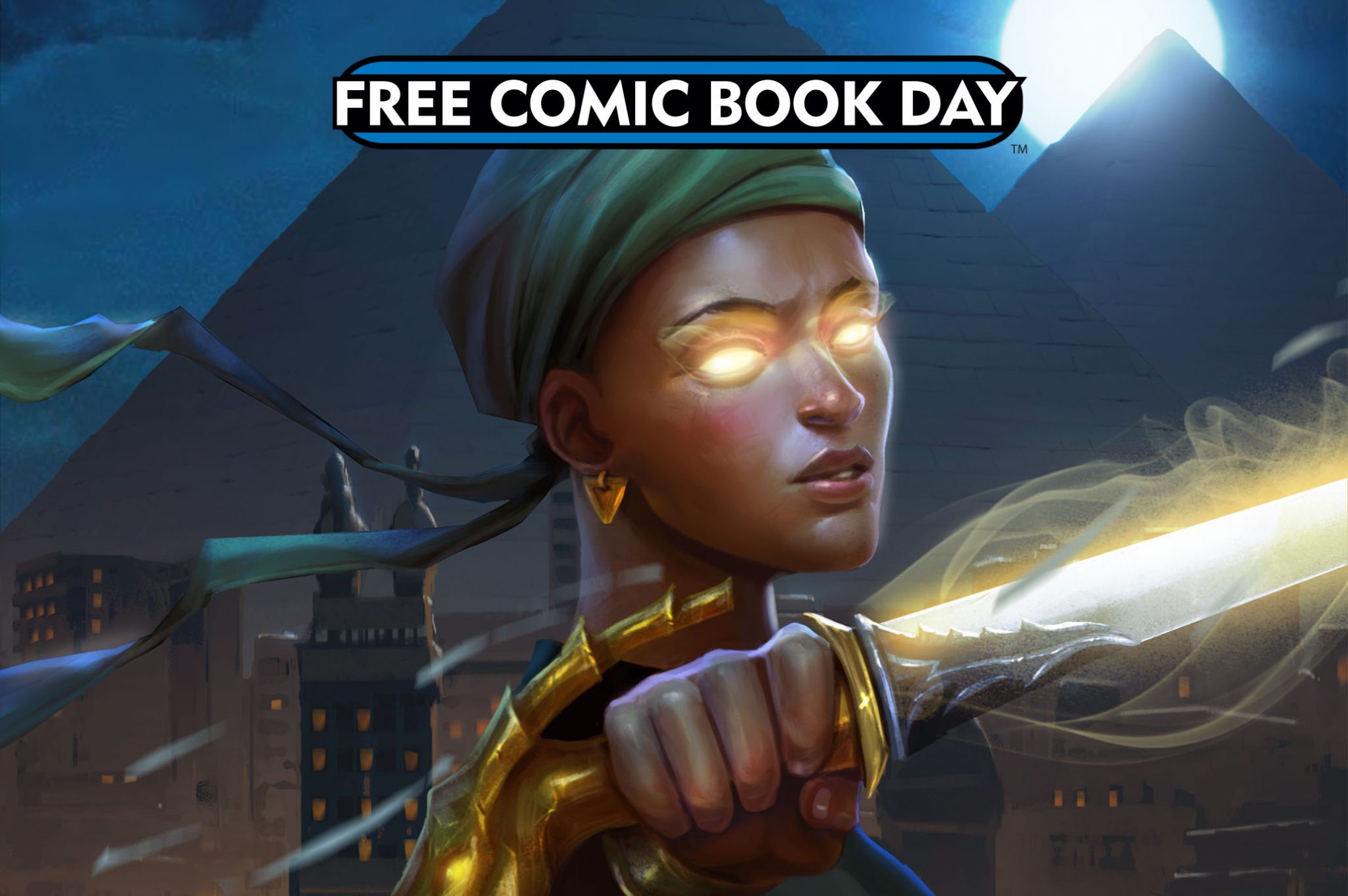 This would make the third Malika book in a row that has been selected for Free Comic Book Day! And this one promises to top the rest.

YouNeek Studios, the Maryland based transmedia company, is proud to announce that Malika –Fire & Frost, has been selected as one of only 38 silver titles for Diamond’s Free Comic Book Day 2019. The 32-page comic will be available in comic shops May 5th, 2019. Check out the cover & synopsis below. 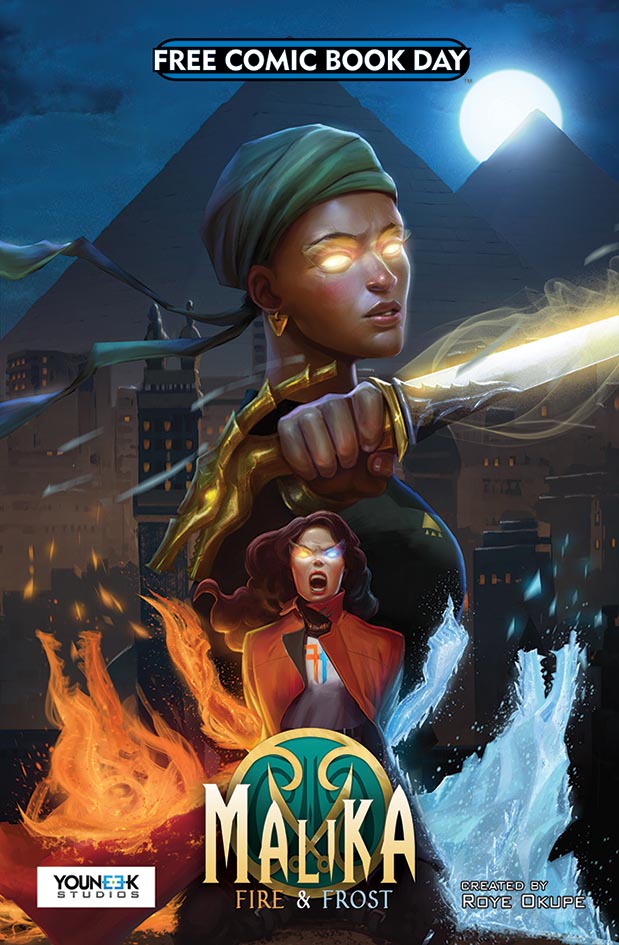 Having released six graphic novels, three one-shots, one art book and one coloring book over the last two and a half years, YouNeek Studios is poised to have a strong 2019. Part Three of the award-winning series E.X.O. – The Legend of Wale Williams hits stores February. Followed by Malika – Fire & Frost for Free Comic Book Day 2019. The FCBD book will serve as chapter one of the next book in the Malika series, so it’s great for new fans to get a taste of the series before taking a chance on the larger story in the graphic novels and the “YouNeek YouNiverse.”

Dubbed “The MCU of graphic novels,” the YouNeek YouNiverse is a combination of individual graphic novel series (E.X.O., Malika, WindMaker, etc.) tied together with one continuous, overall plot that weaves through each individual story.

“As a company, we’ve learned so much over the last two and a half years. And our focus is to keep getting better. I believe Malika – Fire Frost is going to be our best work yet. This book stays true to what our core focus is: stories inspired by African culture, history and mythology. And in this book, you get all that plus more as we introduce our newest hero: Eliza Mantel aka FireFrost!”

If you’d like to place an ad in the book, you can do so by clicking this link. In previous years, we’ve had over 40,000 Malika books ordered for FCBD (see PO below)! If you grab a spot before December 30th, you get a spot for 20% off! 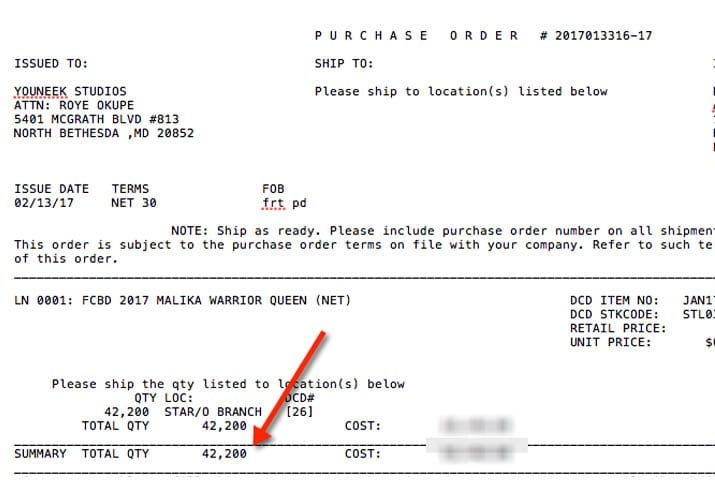 After years of moving in the shadows, Malika is forced out of hiding by The Olon Jin, ancient sorcerers imprisoned for centuries on the forbidden island because of their obsession with dark magic. In their sights is the Fire and Frost stone, a relic that holds the combined power of two legendary dragons. On her journey to Egypt to retrieve the stone, Malika uncovers an evil plot that predates even her 15th-century legend as Warrior, Queen and Hero of the Azzazian empire. As Malika battles both her past and present, she runs into Eliza Mantel, a young girl with hidden powers whose mind could tip the scales in an ancient war that threatens to end humanity.

“I believe that the Malika series, along with the other titles within the Youneek Youniverse, provide something to the graphic novel industry that comics fans have been seeking for a long time. With movies like Wonder Woman and Black Panther being such great successes, it is clear that readers want to see diverse, empowered characters with rich heritages. The Youneek Youniverse has all of these qualities. Its stories are innovative and unusual, but also draw on actual historical figures and cultures. Between each chapter, Malika explains where and how it pays homage to many pieces of history from throughout Africa.”

To order our all our other products, visit our store.

Comic shops, you can order all our titles (E.X.O. and Malika) via Diamond.

Bookstore, all our titles are available for order via Follet, Baker & Taylor and Brodart.

Email us at info@youneekstudios.com for more info.