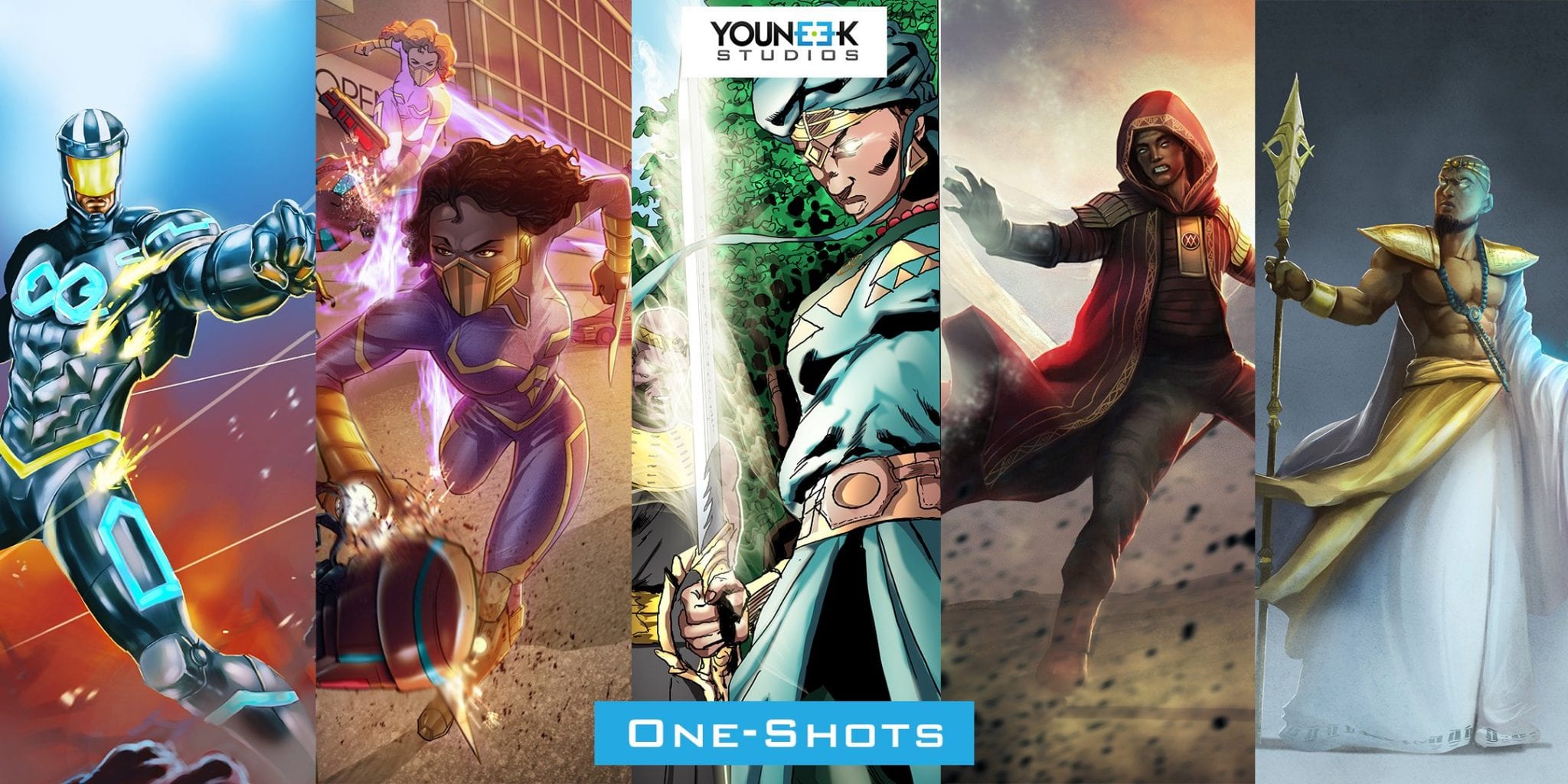 YouNeek Studios is proud to announce the launch of YouNeek One-Shots! Short form comics that serve to provide additional backstory on characters and plot points that are part of the on-going graphic novel series.

YouNeek One-Shots are short, self-contained stories that tie into the overall plot of the YouNeek YouNiverse. They will be developed as 24-36 page comics as opposed to the 100+ page graphic novels YouNeek Studios is known for. YouNeek One-Shots are designed to provide more backstory on characters and plot points that are part of the main, on-going graphic novel series (E.X.O., Malika, WindMaker etc.).

“Because all our current, on-going series (E.X.O., Malika, and WindMaker) are released as 100+ page graphic novels as opposed to floppy comics, there’s usually about a 3-6 month gap between each book/story. This isn’t necessarily a bad thing as it gives us enough time to market each book, but we’ve decided to take advantage of that gap by releasing one-shot comics (between 24-36 pages long) with independent stories that tie into the YouNiverse in a cool way.” 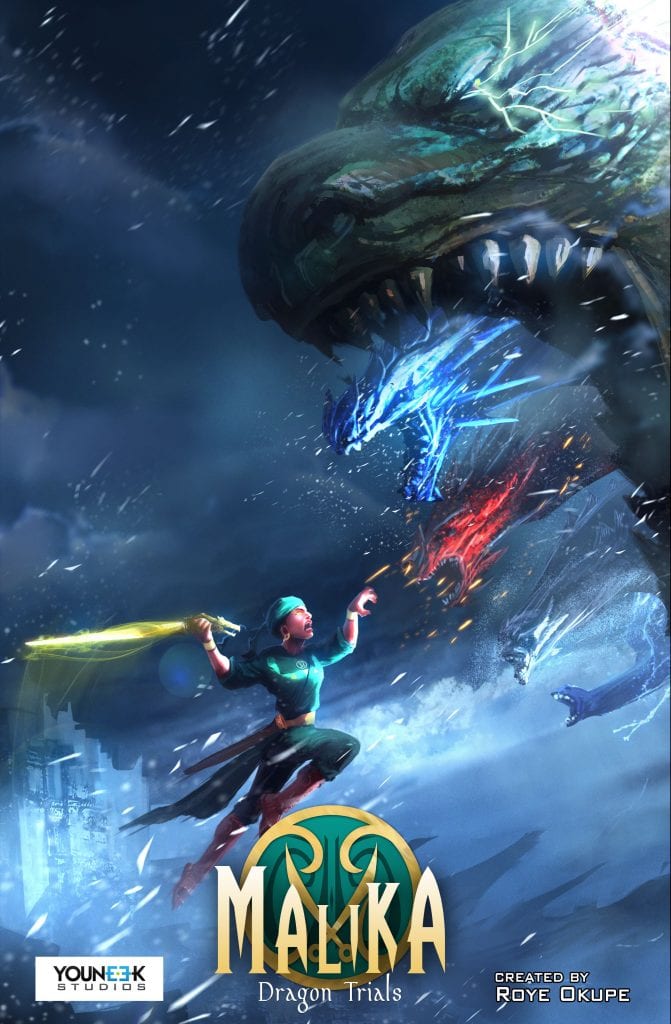 The first YouNeek One-Shot title, Malika – Dragon Trials, was released October 28th during Diamond Comics Halloween Comic Fest. Malika – Dragon Trials is currently available as a stretch goal on the Malika – Warrior Queen Part Two Kickstarter. For more information on how you can get a copy, follow this link. 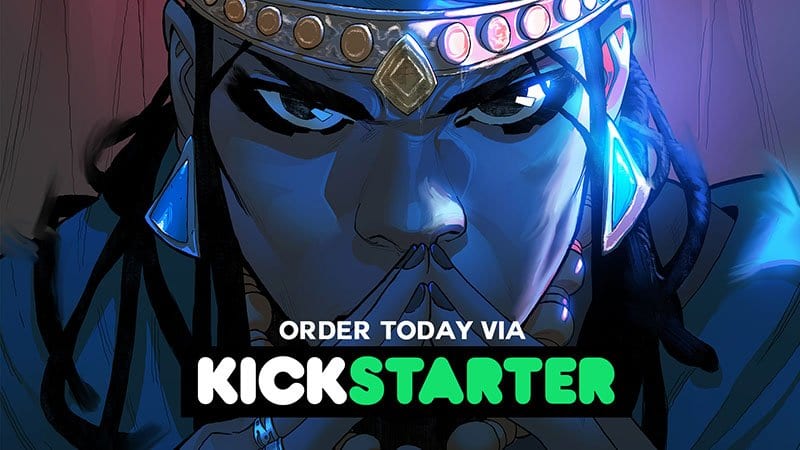 Because the one-shots are self-contained stories, they will serve as

After waking up in an alternate dimension, Malika, Queen and military commander of the Azzazian Empire, tries to make sense of her dire predicament. Before she can do so, however, Malika is approached by Oris, an Atalian deity who instructs her that the only way out of her current nightmare is passing what he calls “The Dragon Trials.” A ritual that will have Malika battle against the Wind, Water, Shock, Fire and Frost dragons. A ritual no one has ever survived.

Born in Lagos, Nigeria, Roye Okupe is a veteran creative specialist who holds both a Bachelor’s and Master’s in computer science from The George Washington University. His passion for animation led him to found YouNeek Studios in 2012, an avenue that would allow him pursue his dream of creating a diverse library of superheroes. Creating these heroes has allowed Roye to attain much prestigious recognition such as being #5 on Ventures Africa’s list of 40 African innovators to watch (2016) as well as being part of NewAfrican Magazines’ 100 most influential Africans of 2016. Roye released chapter 1 of his debut, superhero graphic novel titled: E.X.O. The Legend of Wale Williams, a superhero story set in a futuristic Nigeria. E.X.O. was received with critical acclaim and has since been featured on CNN, Forbes, The New York Times, NBC, The Guardian, ABC7, BBC, The Huffington Post, Mashabe and more!