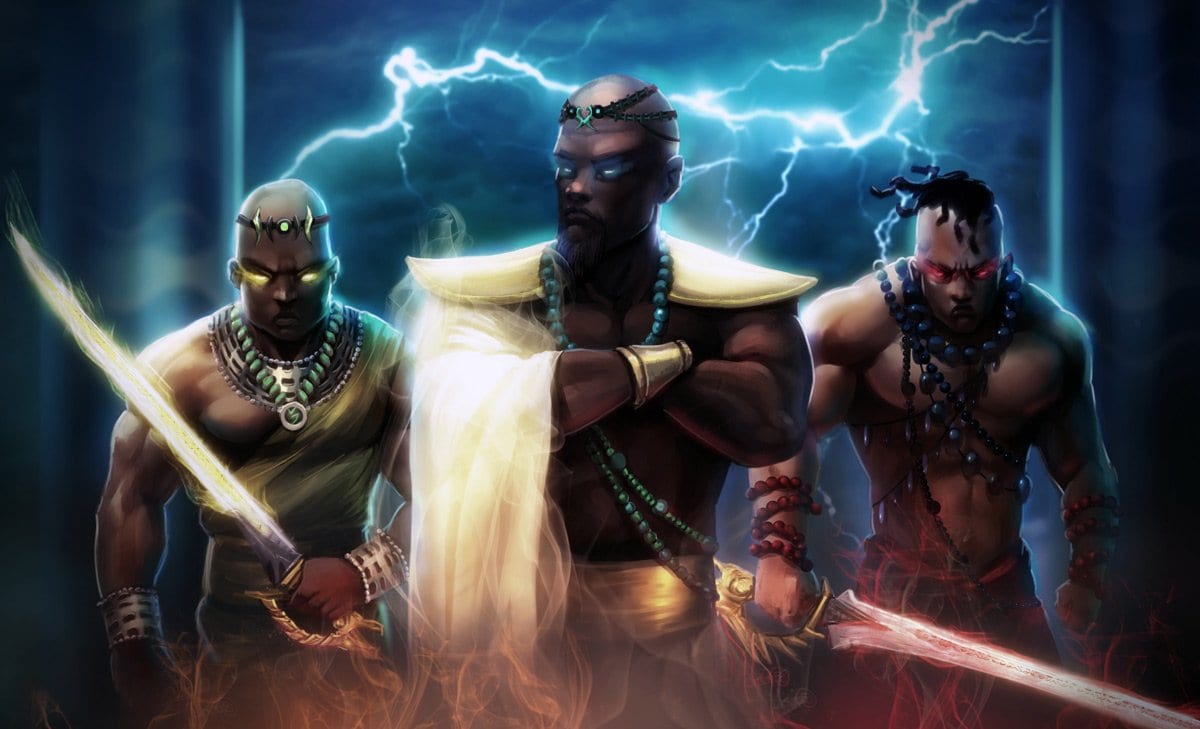 Windmaker: The History of Atala is one part art book, one part prequel that pulls from the amazing depths of African mythology, turning the fantasy genre on its head by placing familiar concepts in an awe inspiring African setting. 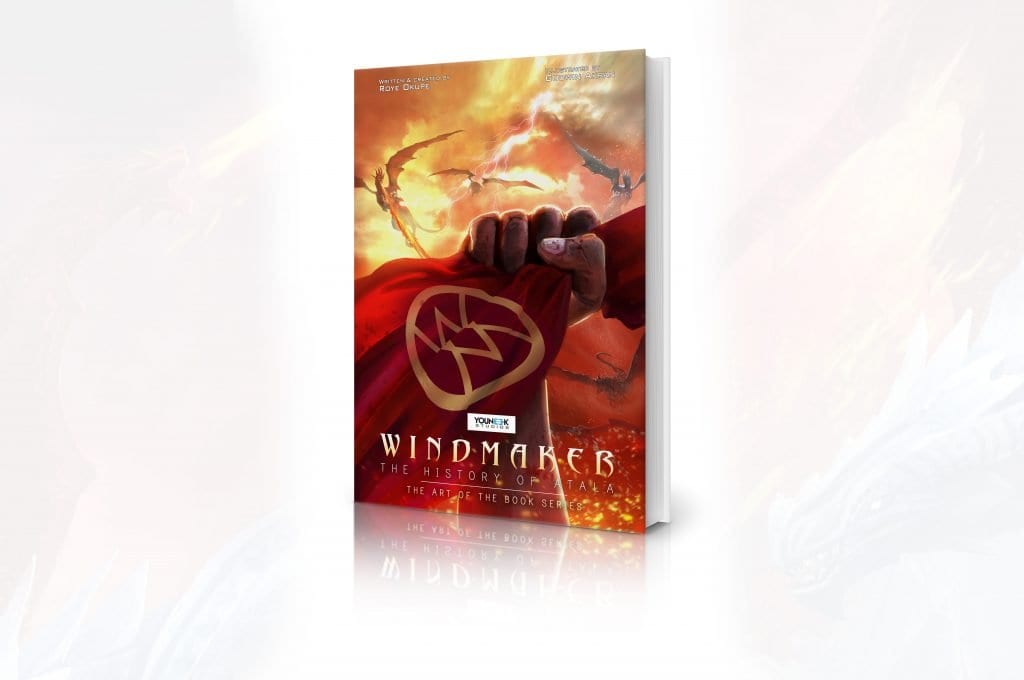 YouNeek Studios, the Maryland based transmedia company, is proud to announce their first art book, WindMaker: The History of Atala – The Art of the Book Series, which will be the newest addition to the YouNeek YouNiverse this upcoming March. However, if you order today, you get instant access to read the entire book (digital PDF) via download before the physical Hardcover ships out to you in March. This will be a limited edition (500 copies) print run, so grab them while they’re still available!

Coming off the hit graphic novel: E.X.O. The Legend of Wale Williams (Parts One & Two), which was featured on CNN, Forbes, The New York Times, The Washington Post and more, WindMaker: The History of Atala will be the first art book in the continuity of a shared universe of graphic novels called the “YouNeek Youniverse.” Dubbed “The MCU of graphic novels,” the YouNeek YouNiverse is a combination of individual graphic novel series (E.X.O., Malika, WindMaker etc.) tied together with one continuous, overall plot that weaves through each individual story.

“This art book sets the foundations for things to come in the YouNeek YouNiverse by grounding it in the origin story of the deities of Atala. If you’re a fan of African history or are just curios, this book will definitely blow your mind!” – Roye Okupe, Co-Founder/CEO 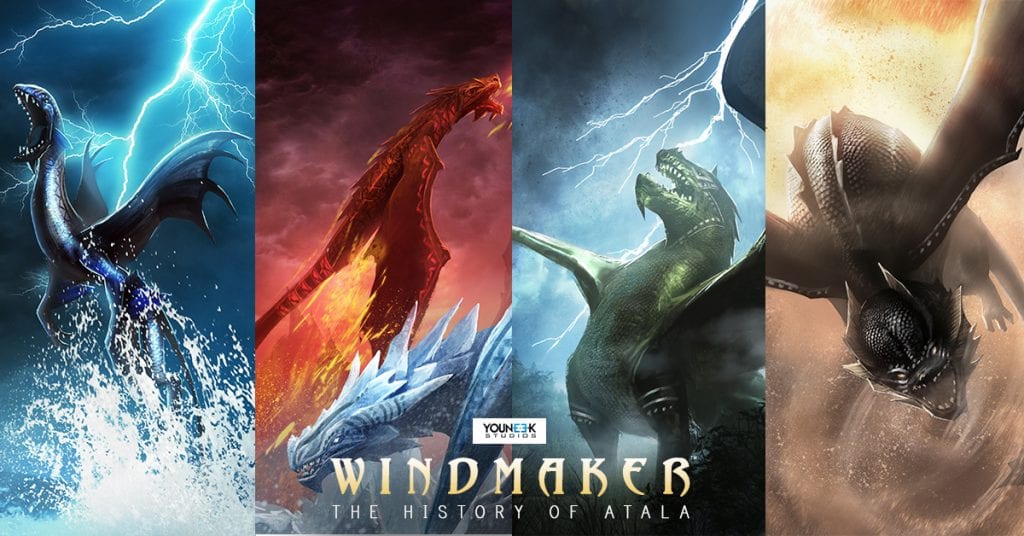 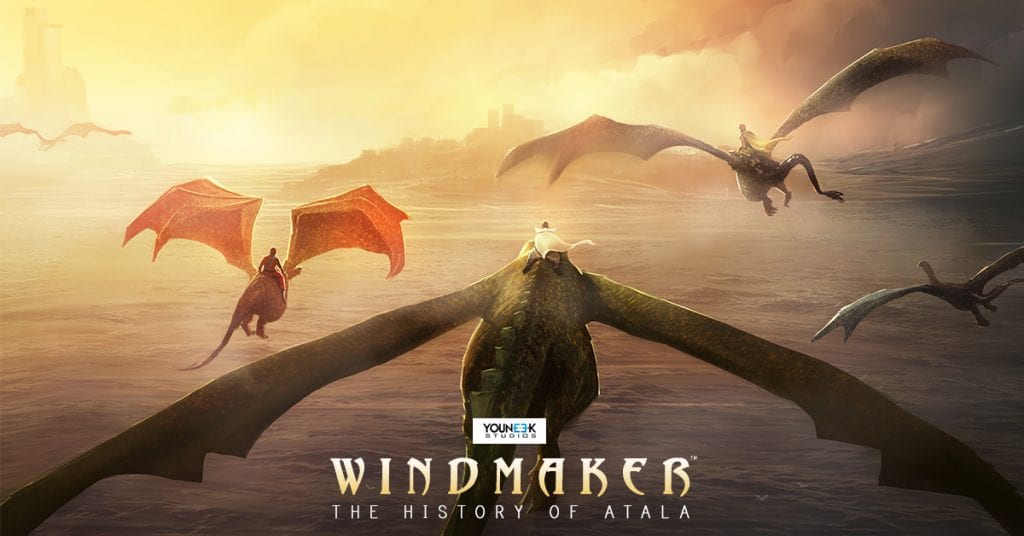 Inspired by African history, Windmaker: The History of Atala (Hardcover) is one part art book, one part prequel story to both the Malika: Warrior Queen & WindMaker: Return of a King graphic Novels. Pulling from the amazing depths of African mythology, Roye Okupe, writer of the hit graphic novel series E.X.O., creates a breathtaking kingdom called Atala. With this art book, he sets the foundations for what is definitely a deep and meaningful universe (The YouNeek YouNiverse) of heroes. Illustrator Godwin Akpan’s painting breathes life into the story in an amazing way. From dragons to mythical relics, a feuding royal family, and magical swords, this book turns the fantasy genre on its head by placing familiar concepts in an awe-inspiring African setting. 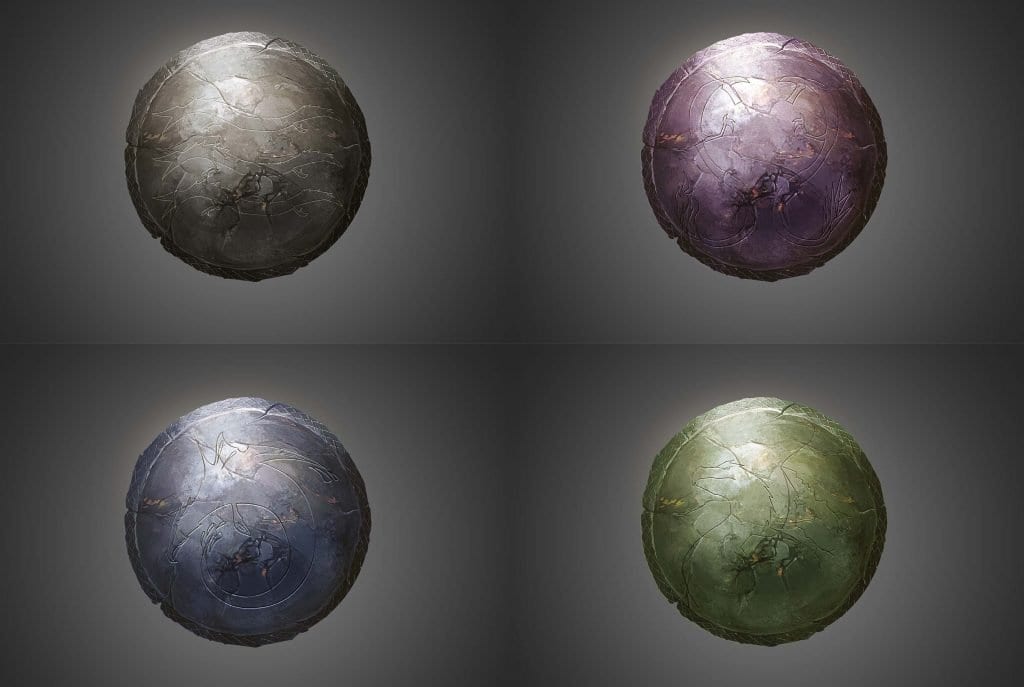 Born in Lagos, Nigeria, Roye Okupe is a creative specialist who holds both a Bachelor’s and Master’s in computer science from The George Washington University. His passion for animation led him to found YouNeek Studios in 2012, an avenue that would allow him to pursue his dream of creating a diverse library of superheroes. Under that umbrella, Roye wrote, produced and directed several animated productions including, but not limited to, 2D/3D animated short films, TV commercials, show openers, music videos and much more. These productions have allowed Roye to attain much prestigious recognition such as being #5 on Ventures Africa’s list of 40 African innovators to watch (2016) as well as being part of NewAfrican Magazines’ 100 most influential Africans of 2016.

With the superhero genre currently at the height of popularity, Roye has made it a goal to create a connected universe of heroes, with origins from locations that are currently neglected and/or ignored. In August 2015, Roye released his debut graphic novel titled: E.X.O. The Legend of Wale Williams Part One, a superhero story set in a futuristic Nigeria. E.X.O. was received with critical acclaim and has since been featured on CNN, Forbes, The New York Times, NBC, The Guardian, ABC7, BBC, The Huffington Post, The Washington Post, Mashabe and more!

You can Order WindMaker: The History of Atala today by following this link.