Will Marvel get Africa “Right” in the Upcoming Black Panther Movie? 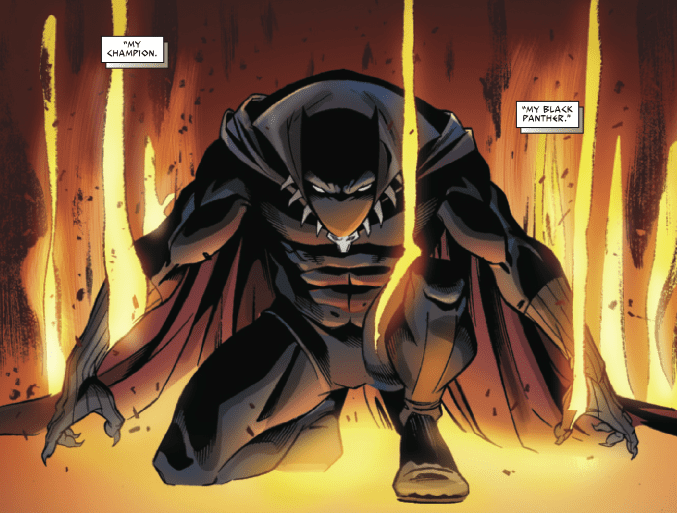 For most African comic book enthusiasts it was a complete joy to hear that Marvel was in talks with a female director to take on the role of bringing the live action Black panther movie to reality. It was even better news to hear that they were engaging the acclaimed and highly praised director of Selma (2014) a movie about the civil rights movement, Ava Duvernay. I for one was as skeptical as ever. The reason for my skepticism stemmed not only from the fact that Marvel is behind this film and their recent movies assume a very adolescent tone but from a more personal opinion; one which is deeply rooted in my identity as an African and the knowledge that neither Marvel nor the creator of the Black Panther himself know about the real Africa, therefore they couldn’t possibly know what Wakanda really is.

Earlier this July it was reported that Selma Director Ava Duvernay had declined the offer from Marvel to direct the film after meeting the cast and the executives. A lot of diplomatic terms were used in her comments to the press regarding why she turned down ( or excused herself) from the film but in a nutshell she cited avoiding future creative differences about how Marvel wanted to tell the story and ultimately tackle and integrate the Black Panther into the Marvel cinematic universe. She spoke to essence magazine saying,

“I’m not signing on to direct Black Panther. I think I’ll just say we had different ideas about what the story would be. Marvel has a certain way of doing things and I think they’re fantastic and a lot of people love what they do. I loved that they reached out to me. I loved meeting Chadwick and writers and all the Marvel execs. In the end, it comes down to story and perspective. And we just didn’t see eye to eye. Better for me to realize that now than cite creative differences later. “

I am of the opinion that her views and ambition was to create a realistic an non stylized version of the kingdom of Wakanda which is the world (or country ) from which the Black Panther T’Challa comes from . I am also of the belief that Marvel knows that the classic representation of Wakanda in the Marvel comic books needs to be kept consistent with the film though the so called classic representation of Wakanda is backward, underdeveloped and down-right derogative. I feel as though MARVEL has a challenge to represent Wakanda with a high level of sophistication and technological advancement without shattering the American and European belief that Africa is a backward place which is trapped in the stone age. I believe our current reality of being strong, intelligent, educated and sophisticated people is more unrealistic to their audience than comic book super heroes themselves.

The representation of Asgard, the world where Thor comes from in the second Thor film was heavily modified from Norse Mythology in order to give the impression of superiority and technological genius. By that I am referring to the flying air craft and aesthetic of Asgard. I’m also talking about their references to having advanced medical procedures which they could not use to help even Jane Foster. However there is no reference to medicine or spaceships in the original mythology of Norse gods. My point being; in order to imbue the gods of Asgard with an aura of superiority which supersedes that of the worlds super powers in reality, Marvel needed to step it up a notch. The question is: are Marvel and Kevin Feige willing to accord Wakanda some sort of African Authenticity? Will Johannesburg (As seen in The Avengers Age Of Ultron ) look more modern or less sophisticated than Wakanda by the time the credits start rolling?? Or are they going to succumb to western perceptions (that they would fear to shatter) which state that Africa is a dark place where everyone runs around in mud-hut villages hunting impala with bones going through our noses?

I’m of the belief that the depiction that Duvernay was going to give was going to stay true to the beauty and potential of Africa as seen in countries with modern and Advanced infrastructure such as Nigeria, Zimbabwe, South Africa, Kenya, Namibia and all the others I can not name due to limitations on word count. I am of the strong impression that the so called future creative differences or incompatible ideas had much to do with representation of culture, spirituality and maturity of the African continent which would have been too profound for Marvel’s large American adolescent audience.

Don’t get me wrong I am not saying that Ava Duvernay was the perfect person for the job; What I’m saying at this point in time is that, the best person for the job can only be someone with a strong, authentic and long term relationship with the African continent while also having vast knowledge of the Marvel universe and the Black Panther comic books in particular. Either way, Wakanda is a puzzle that Marvel created but can never solve without offending or misrepresenting Africa and Africans. I will be following the production of the film closely but I suspect it will be a long one.