WindMaker – The History of Atala [Hardcover]

Inspired by African mythology, Windmaker: The History of Atala (Hardcover) is one part art book, one part graphic novel that sets the foundation for the entire YouNeek YouNiverse of heroes! Pulling from the amazing depths of African history, Roye Okupe, writer of the hit graphic novel series E.X.O., creates a breathtaking kingdom called Atala. With this art book, he sets the foundations for what is definitely a deep and meaningful universe (The YouNeek YouNiverse) of heroes. Illustrator Godwin Akpan’s painting breathes life into the story in an amazing way. From dragons to mythical relics, a feuding royal family, and magical swords, this book turns the fantasy genre on its head by placing familiar concepts in an awe-inspiring African setting. 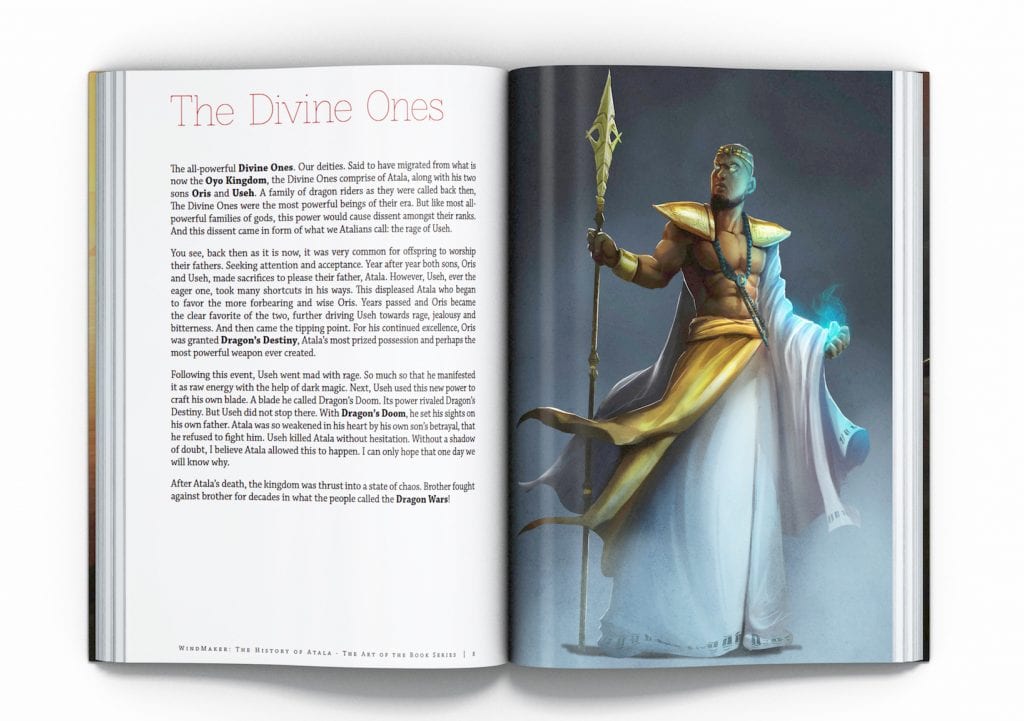 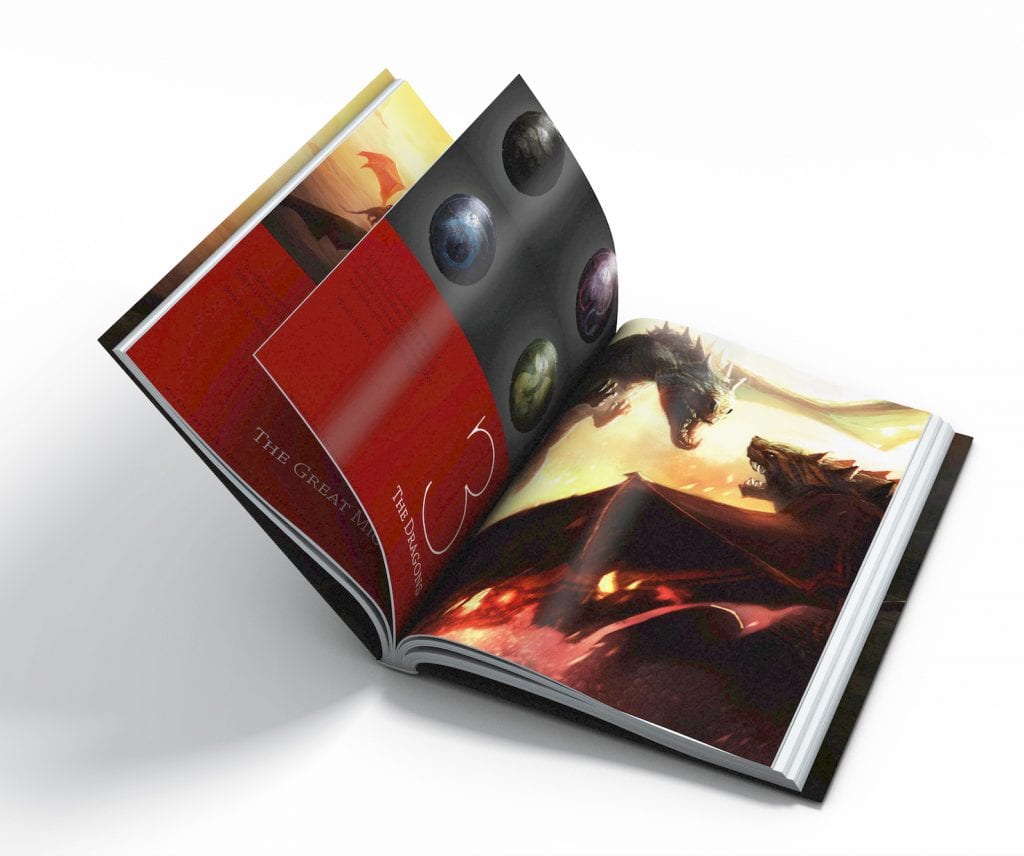 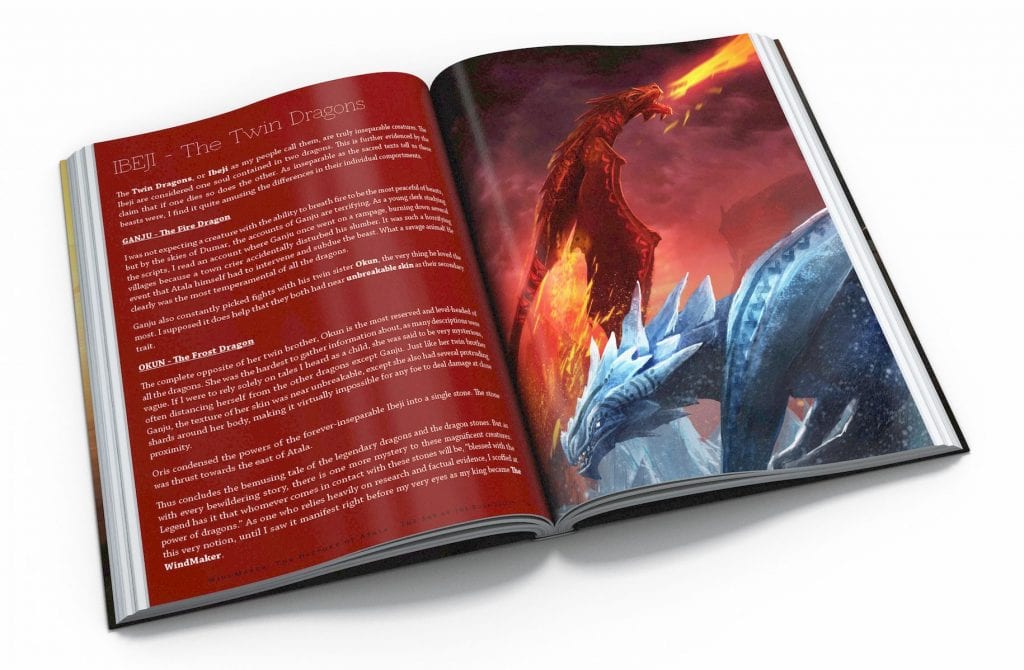 The all-powerful Divine Ones. Our deities. Said to have migrated from what is now the Oyo Kingdom, the Divine Ones comprise of Atala, along with his two sons Oris and Useh. A family of dragon riders as they were called back then, The Divine Ones were the most powerful beings of their era. But like most all-powerful families of gods, this power would cause dissent amongst their ranks. And this dissent came in form of what we Atalians call: the rage of Useh.

You see, back then as it is now, it was very common for offspring to worship their fathers. Seeking attention and acceptance. Year after year both sons, Oris and Useh, made sacrifices to please their father, Atala. However, Useh, ever the eager one, took many shortcuts in his ways. This displeased Atala who began to favor the more forbearing and wise Oris. Years passed and Oris became the clear favorite of the two, further driving Useh towards rage, jealousy and bitterness. And then came the tipping point. For his continued excellence, Oris was granted Dragon’s Destiny, Atala’s most prized possession and perhaps the most powerful weapon ever created.

Following this event, Useh went mad with rage. So much so that he manifested it as raw energy with the help of dark magic. Next, Useh used this new power to craft his own blade. A blade he called Dragon’s Doom. Its power rivaled Dragon’s Destiny. But Useh did not stop there. With Dragon’s Doom, he set his sights on his own father. Atala was so weakened in his heart by his own son’s betrayal, that he refused to fight him. Useh killed Atala without hesitation. Without a shadow of doubt, I believe Atala allowed this to happen. I can only hope that one day we will know why.

After Atala’s death, the kingdom was thrust into a state of chaos. Brother fought against brother for decades in what the people called the Dragon Wars!

4 reviews for WindMaker – The History of Atala [Hardcover]