Little is known about the masked sociopath they call Oniku. However, as time passes he becomes EXO’s worst adversary and Lagoon city’s greatest nightmare. Describing the government as “Myopic” and threatening to “rebuild the city with fire” it’s evident Oniku’s motivations are way past silly propaganda. His great strength, telekinetic powers and psychological prowess make him unmatched by anyone on any given day. He is the leader of a group of radicals called The CREED, whose sole purpose is the “rebirth by fire” of Lagoon City. While Oniku’s true objectives remain unclear, one thing is certain, anything and anyone not meeting his standards gets obliterated. 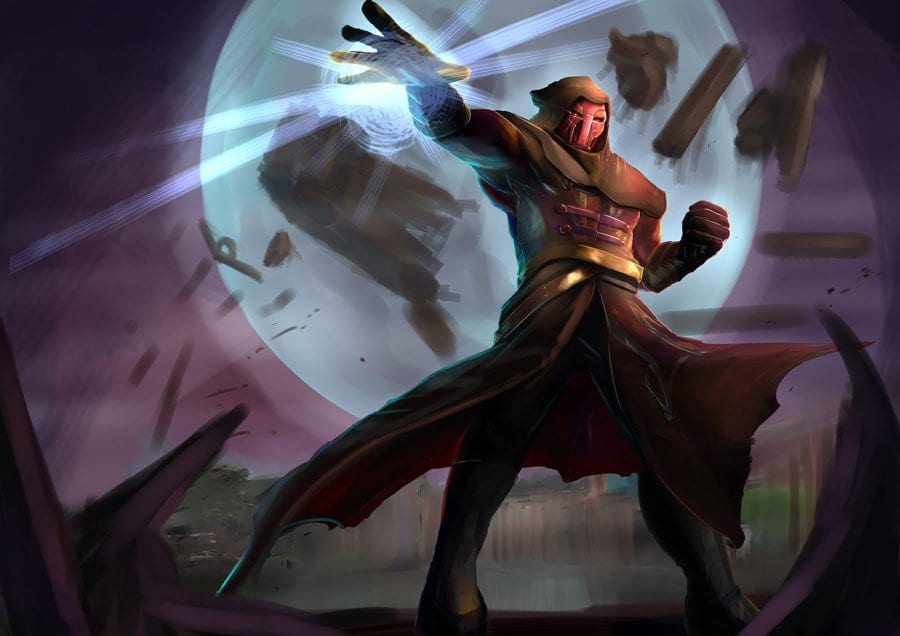 A mutagen, accidentally created after a failed experiment, left Oniku with not only psychokinetic/telekinetic abilities, but enhanced physical strength as well. Oniku’s telekinetic abilities allow him to move almost any object he wishes without physical contact. His lifting power in a practical sense has not been fully quantified. However, Oniku has been seen to lift an entire building off the ground, detaching it from its foundation. As strong as he is, his powers do have limits. It would seem Oniku cannot directly affect objects that are a certain distance away from him. This range has never been fully determined. In addition to telekinetic abilities, Oniku can also generate an energy barrier to deflect incoming projectiles. His Telekinetic abilities also allow him to levitate and suspend himself in mid-air.

Oniku is an excellent physicist and a brilliant engineer. He also possesses an overwhelming knowledge of human psychology and how people think, which allows him to recruit almost an endless supply of followers for The CREED. He is also a brilliant strategist who always appears to be ten steps ahead of his enemies at all times.

Oniku is a master in hand to hand and close-quarters combat. Decades of training while in the Nigerian Armed Forces have made him formidable in various forms of martial arts. His combat skills, strategic mind, telekinetic abilities and sociopathic personality combined make Oniku the most dangerous man alive in Lagoon City.

Although it’s not considered a weapon, Oniku wears a daunting mask to conceal his identity.