My Interview With Brian Bendis. 6 Things You Need For Success As a Comic Creator 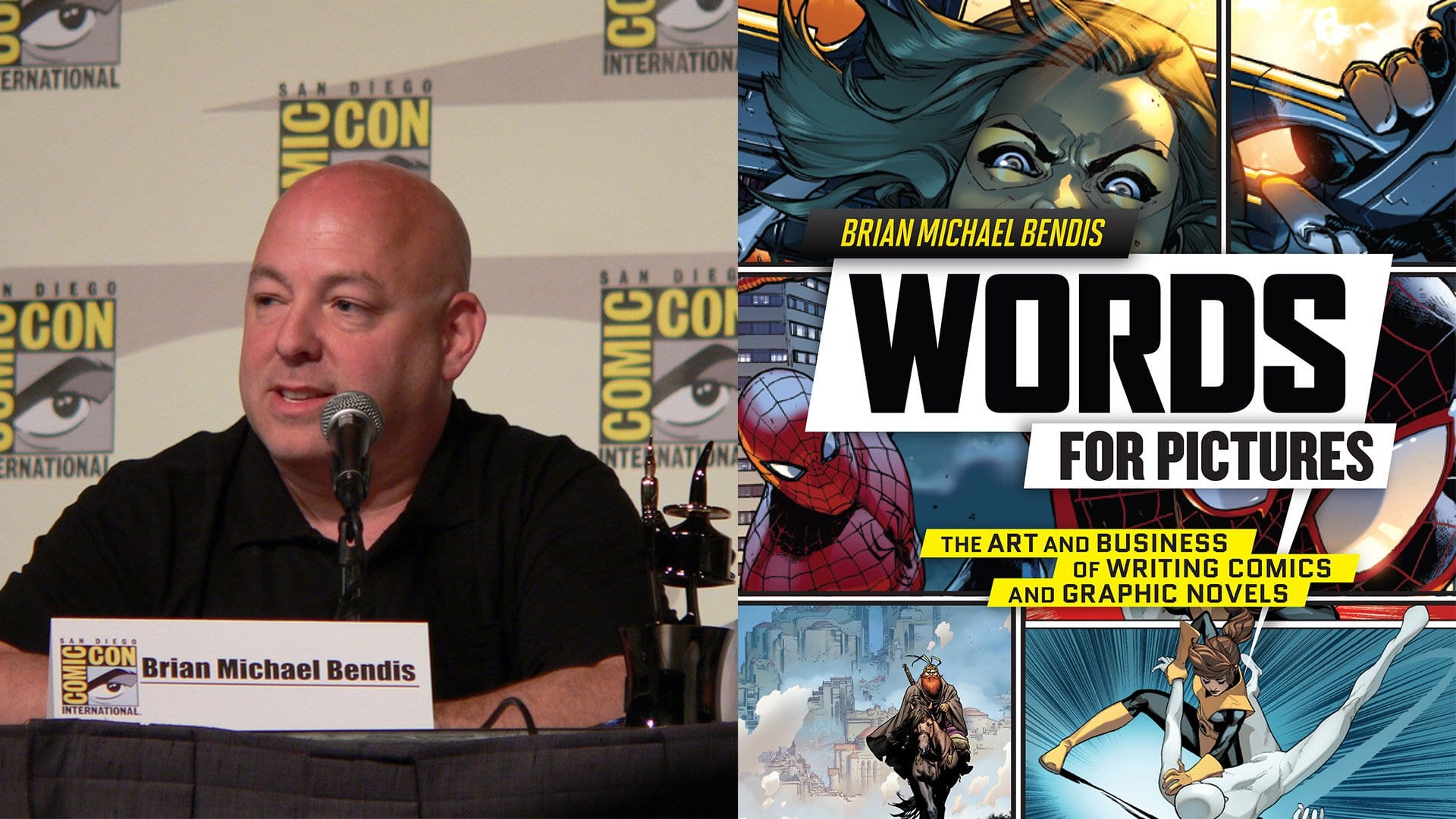 I’ve been a HUGE fan of Brian Michael Bendis ever since I first read the Avengers: Age of Ultron comics (I know I’m late to the party). But one thing that really amazes me about Brian is the fact that even though he’s heavily involved with a bunch of Marvel titles (Avengers, Ultimate Spider-man, X-men to name a few), he has also done very well with his creator owned comic Powers, which now has it’s own original TV show on the PlayStation Network. I was fascinated about how he got his story from panel to small screen, so I did what I always do when I need more info, I bought a book. It just so happens that Brian also wrote a tremendously helpful book about creating comics (I strongly recommend it for anyone who wants to create their own projects) called Words For Pictures. This was one of  the tools that guided me while I was working on my graphic novel E.X.O. last year. I still use some of the techniques I learned from Words For Pictures to promote E.X.O. part 1 and (currently) work on the structure and story for E.X.O. part 2. After reading the book, I knew I had to pick Brian’s brain (haha see what I did there?). It took about a year, but I finally chatted (via email) with him and got him to spare a couple of minutes to answer my questions. I’m hoping some of these answers can help other aspiring creators out there. So, here are: 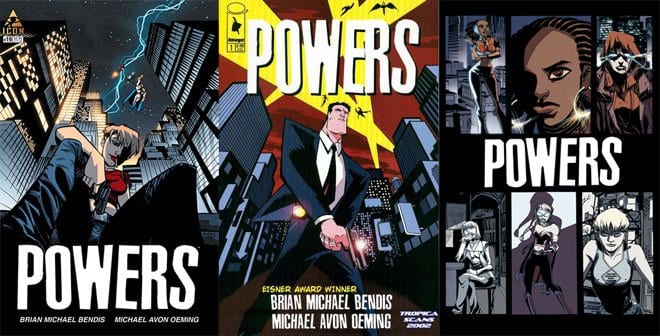 What are 3 things you would advice any indie comic creator to do to position their projects for success.
Don’t chase success. Just make something you would want to buy. Chasing success is an almost guaranteed road to failure. I talk about this in my book words for pictures. Most everything that is successful in comics is due to its originality.

Also, make sure you create comics every day. Make it part of your lifestyle. Make it a very important part of you. So many creators fall by the wayside because they let it slip through their fingers.

Don’t give up. Literally anyone can give up. Be the other person. But at the same time step back and honestly assess who you are and what you’re trying to accomplish and make sure you’re doing that. And if not, change course, but don’t stop.

What can you do as an indie creator to stand out from the big 2 (Marvel/DC)?
Do not do what they do. Don’t do your version of Batman. do something that you don’t see on the shelf right now.

As a writer who has seen amazing success in the comic book industry, what is one thing you feel should be in every superhero comic book (and/or graphic novel) script.
Honestly. Make your work a reflection of the world you live in. That doesn’t mean lecturing people about the state of the world. It means bringing the characters and humor and humanity that you see in your world into your work. Even if it’s superheroes. In fact, especially if it superheroes. Give people something honest and true and they will respond in kind.

Do you believe indie creators can find success within the superhero genre? If so why? If no, why not?
They can. But it is a very tricky road. Between Marvel and DC they publish over 200 superhero comics every month. 200 comics featuring beloved characters. Tried and true icons of pop-culture. If you have a Supergirl that you want to debut you should damn well make sure that it is filling a niche that is not being filled by Marvel and DC. It can be done. We did it with powers. But powers is literally a book Marvel and DC could never do.

Diversity has been such a buzz word lately in comics. What’s your take on it? Any advice for indie creators who are trying to make their mark with diverse comics?
Again, if its part of your life and who you are is a creator and the world you see outside your window, it’s almost your obligation to write it. Because it’s honest. I’m raising two daughters with brown skin and I do want them to grow up in a world where there are a lot more choices for them to relate to. I also spend all of my time with them so their point of view of the world and of themselves consumes my every thought.

But diversity for diversity sake doesn’t always bring the best story. Story first, character first, and if you as the author have it within you to explore things that you don’t see in comics by all means bring it.

What’s one thing you had to learn the hard way while creating your own projects?
Everything I just said in the last answers I learned the hard way. But you also learn that you learn it all by doing. So if you don’t roll up your sleeves and create those 10,000 shitty pages or however many years of crap before you start getting good… then you’re never going to get where you want to get.

Who is your favorite superhero of all time?!
Of all time? woof! Spider-man.

Wow! To be honest, these are some of the best tips I personally have gotten as a creator. They are short answers, but damn do they pack a punch! I want to thank Brian for taking the time out of his extremely busy schedule to share his wisdom about creating comics. I truly hope this has helped someone out there who may be scared, afraid or second guessing their decision about their project(s). If you would like to see more articles like this, check out my Creating An African Superhero series, which outlines step by step everything that I’ve done to make my book E.X.O. – The Legend of Wale Williams an indie success. For more about Brian Bendis visit his website: jinxworld.com  As usual please let em know what you think in the comments.