Malika is the queen and military commander of the empire of Azzaz. She inherited the crown from her father in the most unusual of circumstances, splitting the kingdom of Azzaz in half. After years of civil war, Malika was able to unite all of Azzaz, expanding it into one of the largest empires in all of West Africa. But expansion would not come without its costs. Enemies begin to rise within her council, and Azzaz grabbed the attention of one of the most feared superpowers the world has ever known: the Ming Dynasty. As Malika fights to win the clandestine war within the walls of her empire, she must now turn her attention to an indomitable and treacherous foe with plans to vanquish her entire people. 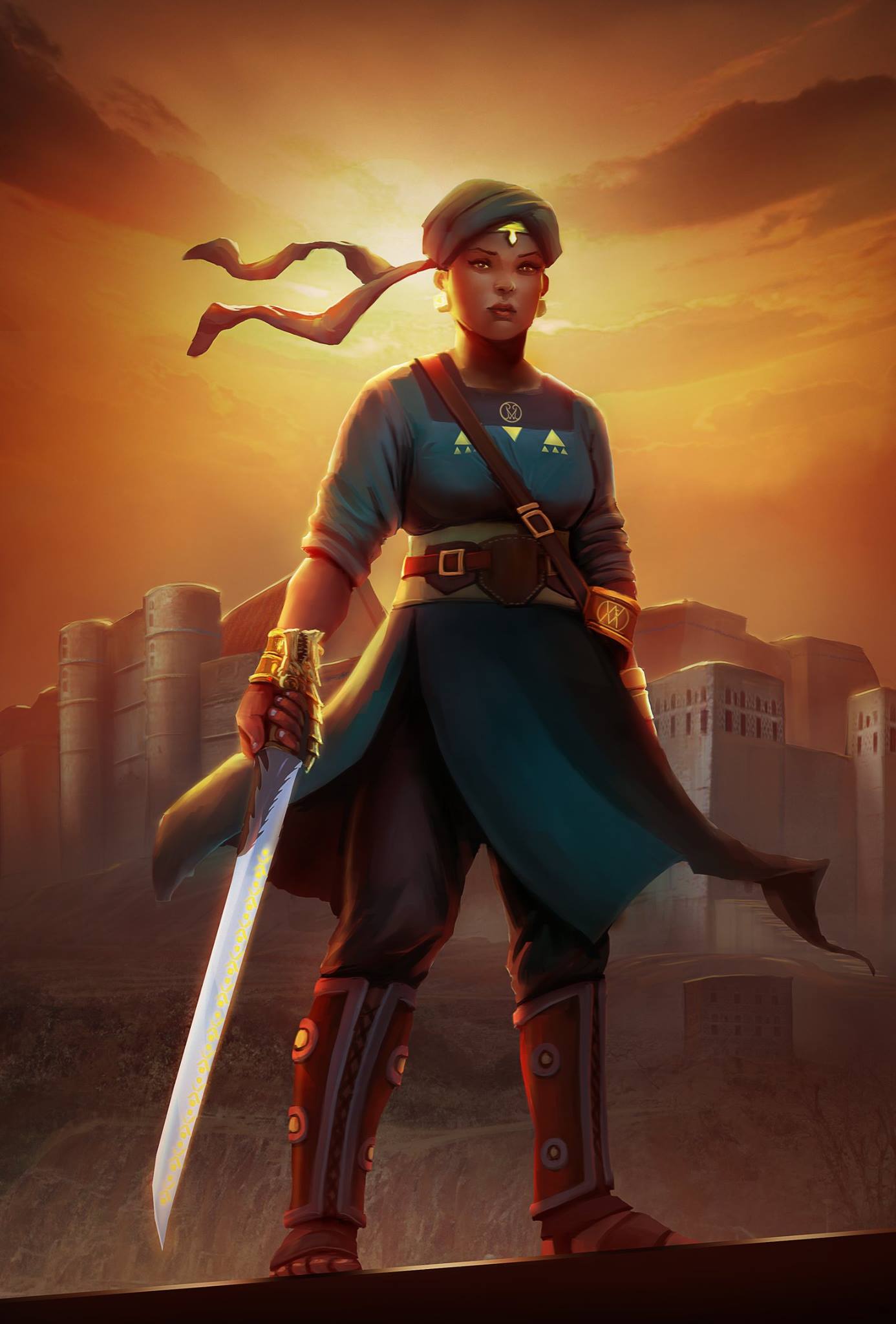 Queen Malika may not have any inherent super powers, but on several accounts, both past and present, many have billed her to be the greatest duelist that ever lived. However, now that Malika has possession of the legendary sword Dragon’s Destiny, things are set to change for Malika. If she can unlock its powers that is. For Dragon’s Destiny is the most powerful weapon ever crafted.

Apart from being a master swordsman, Malika is a brilliant military strategist. And she was at her best with her cavalry unit. Lead by their queen, the Azzazian cavalry is one of the most deadly military units ever. The very mention of the name “Azzazian Cavalry” was enough to strike fear in the heart of the greatest of enemies. Famous for their “charge and retreat” tactic, which fooled enemies by attacking and then luring them out of formation and strategic positioning, the Azzazian Cavalry have been the subject of many heroic folklore. One of which was when they tipped the scales of a battle in which the Azzazian army was outnumbered three to one.

As mentioned earlier, several accounts have named Malika as the greatest duelist to ever live. One such account, by Bengu, trusted advisor to King Bass (aka The WindMaker) of Atala, says “…being a great leader may not even be her most important gift. For queen Malika is an exceptional fighter. Some have even gone as far as to say that she is the best duelist to ever walk the earth. After witnessing her fight first hand, I can see why they think so. As for my thoughts on this claim, I am not sure I am ready to give her that title as of yet. But I will say this. It fills me with great joy that she is not my enemy.”

Malika wields the sword of her late grandfather and founder of Azzaz, Hasan Bakwa. With a handle crafted from pure gold, the blade closely resembles a scimitar. Unlike her infantry unit, Malika never carries a shield, choosing instead to use the additional speed gained from less weight to dispatch her foes. In certain circumstances, Malika opts to dual wield in combat by using a dagger gifted to her by her late mother Johara. However, having recently acquired Dragon’s Destiny, it remains to be seen if Malika will abandon her grandfather’s weapon if she can manage to unlock the powers of Dragon’s Destiny.