Is African Sci Fi Too Conservative? 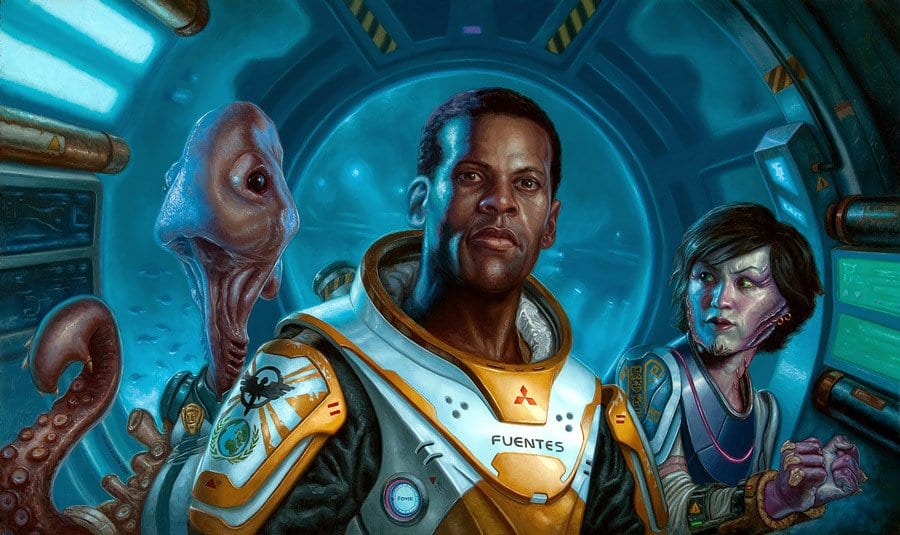 I’ve had a very exciting week in which I have been researching what other bloggers and writers have to say about the subject of African sci-fi. I’m excited and also very impressed with the strides that African creative writers and film makers have made using this sub-genre art. African sci-fi has flourished greatly in post colonial Africa as comic books and movies have proliferated more freely to all tiers of the black community. When I say African sci-fi I am referring to science fiction set in Africa and which also involves African characters; while having been written by an African. Various note-worthy films and novels have been published in the past decade coming from all corners of Africa.

Projects like Crumbs (announced Feb 2015), which is an Ethiopian post apocalyptic film set and shot in Ethiopia (but directed by  Miguel Llansó , a Spaniard) is a great example of the popular sub genre films exploring African science fiction. Other successful projects from the past decade include Pumzi and the 2013 Nigerian novel Lagoon . Though I am a proponent of the growth of African sci fi I still feel that it is a replica of European ideas, inventions and scenarios replaced with African protagonists and villains. My article seeks to explore how African writers can break new ground using sci-fi by being less conservative and more aspiration.

My exploration of current mainstream African science fiction books and films revealed that the majority of them are based on alien invasion, post apocalyptic settings, super powered (Marvel and DC style) super heroes. This isn’t bad at all, however, I noticed that the authors in most cases are conservative(or perhaps doubtful of ) the ability of the African to conduct space exploration, or create the machine that could change the world, or even to build the ultimate war machine. It seems more and more like the current world position of the Africans has killed the Black creative’s ability to aspire without borrowing from a model that has already been developed by the American, European and Japanese market. We have recreated our own speedsters(similar to the flash), retold alien invasions (much like in independence day and the body snatchers) and rehashed young African’s discovering that they have powers (Heroes and x-men).

There are areas of science which cannot be owned and still lie unexplored even by well developed countries. These areas include space exploration which I have seen only done once (Nigerians in Space). The oceans and seas have not been fully documented and remain mysterious in many aspects. What I’m getting at is that Africans have been preoccupied with retelling sci-fi stories and setting them in Africa while we can take a leap and also aspire “to go where no man has gone before” 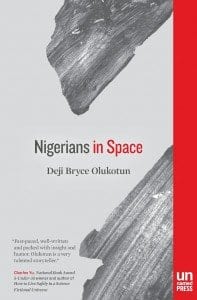 I spent a great deal of time looking at the merits of science fiction as a sub genre and noted that unlike other genres it gives the writer an ability to invent “inventions” and create sophisticated yet completely non existent tools, substances architecture and even modes of communication. Allow me to explain using Marvel Comics and their universe. The substances know as Adamantium and vibranium are non existent in reality more over there are no such things as Heli-carriers, as seen in the comics and movies. Further more there are no weapon-ized bionic-talking raccoons in reality BUT it is completely unique, somewhat original, dare I say believable by merit of the Marvel process of world building. It is with this thinking that the Americans can ASPIRE to build and invent tools or vehicles such as Heli-carriers and go beyond the war machines know to man at present.

I will quickly look at the Japanese manga and anime creations that have become integral parts of science fiction such as atomic powered boys, transforming giant robots and 3d maneuver gear as seen in Attack on Titan. All these fictional inventions reflect on the aspirational nature and inventiveness of their place of origin. I have noticed that African science fiction limited in the above areas to the extent that we have not contributed to the sci-fi genre in the same manner that a transforming mech from anime or ray-gun from Hollywood sci fi movies of old have become indispensable in sci-fi. The light saber is an original invention which is iconic on its own. My questions or challenge is what have we invented as Africans through the will of our imaginations? What have we created in sci fi that will not be mistaken as having been borrowed from a western title?

It is true that African history and the nature of our economies and scarred society does not allow for scientific inventions to thrive, but it is also worth noting that our imaginations do not require funds or physical resources to innovate fictional tools, substances, methods and architecture.

An interesting discussion was brought up by an American based Nigerian science fiction writer(Nnedi Okorafor) in an article she wrote. In this article she quotes a conversation she had with a colleague regarding African science fiction. Here’s what her friend had to say:

“I don’t think we’re ready [for science fiction] in the primary sense of the word,” Chikere had said. “We can hide it in other categories like magical realism, allegory, etc., but we’re not ready for pure science fiction. Science fiction films from the West are failures here. Even Star Wars! The themes aren’t taken seriously. Science fiction will come here when it is relevant to the people of Africa. Right now, Africans are bothered about issues of bad leadership, the food crisis in East Africa, refugees in the Congo, militants here in Nigeria. Africans are bothered about roads, electricity, water wars, famine, etc, not spacecrafts and spaceships. Only stories that explore these everyday realities are considered relevant to us for now.”

I was blown away by how true this is and yet I was simultaneously inspired to come up with various original solutions to these issues in a highly advanced world of my making. Young Africans are generally brilliant academically (that’s my opinion) and I believe with our own “far fetched ” ideas we can influence the creation of machinery, tools and unique architecture to remedy our own problems by suggesting them though science fiction stories. Our Africa should not be conservative but reflect the aspirations of the sophisticated African writer.