We Have a Passion for Superhero Graphic Novels

We believe our love for superheroes and superhero graphic novels can’t be matched! Okay, that’s a bit of a stretch, but you get the point. We love telling our stories as graphic novels because it lets us engage in long-form storytelling. Also, graphic novels are, more often than not, the easiest form of print storytelling to translate to the big screen (as either animation or live action).

Below is our current slate of upcoming graphic novels: 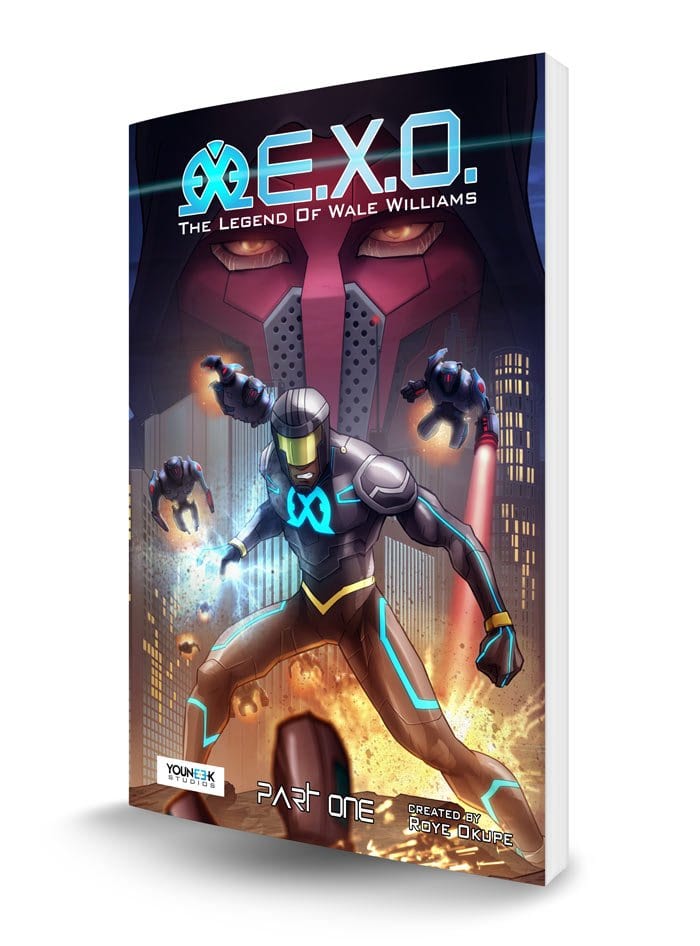 The E.X.O. graphic novel will be split into two parts, with part one set to release Fall 2015. .

Tricked into returning home to Nigeria after being absent for five years, Wale (pronounced Wah-leh) Williams embarks on a journey to investigate his father’s mysterious disappearance. Wale’s father, Dr. Williams, was a brilliant engineer and inventor who worked for a dubious organization called PryTeK, a global leader in technology and innovation. When Wale returns, he finds a city and country he barely recognizes; cycles of governments have passed over the years, and while the now affluent city thrives, a whole population of poverty-stricken citizens are being ignored and imperiled Over the years, corruption within the government, corruption that seemed to have been eradicated, has simply, evolved .

Left behind for Wale is a cryptic Nanosuit which grants superhuman abilities. Initially, Wale does not embrace the suit or the idea that he could be a “hero,” but his journey takes him through a crucible of events that prepare him, and he slowly begins to realize he needs the suit’s powers to unravel the mystery behind his father’s disappearance and save the city from grave danger. That danger comes in the form of the CREED, a radical organization led by Oniku, an extremely intelligent, calculated and sociopathic extremist. Motivated by his desire to eradicate what he calls a “weak and myopic government,” Oniku embarks on a campaign to incite an insurrection by launching strategic attacks that lead to high civilian casualties, bringing Lagoon City to the brink of civil war. On Wale’s long and grueling voyage to stop the CREED, a hero is born. That hero is E.X.O.