The comic book industry has been in existence for over 75 years! And while it has had it’s ups and downs, there’s no denying the lasting impact it has made on global pop culture. Comic books are at their finest when it comes to superheroes. In fact, it can be argued that no single genre/industry has contributed more to the video game, movie, animation and toy industries than comics. 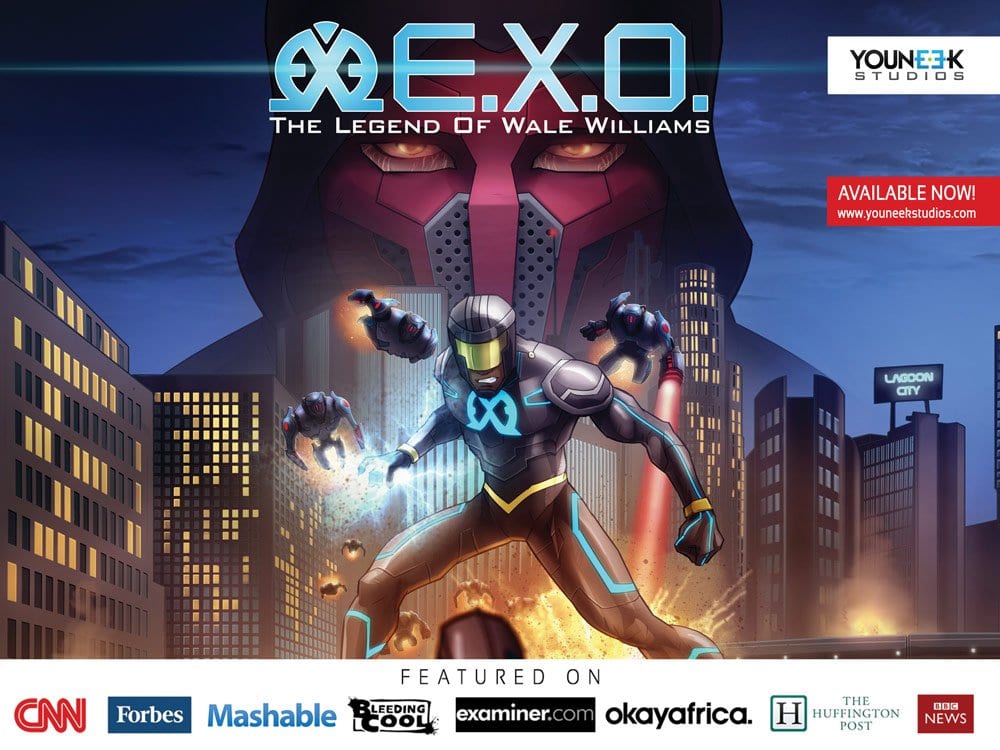 E.X.O. – The Legend of Wale Williams is a superhero story about redemption, set in a futuristic Africa

However, here at YouNeek Studios, there’s one thing we’ve always had a slight problem with when it comes to superhero comics; how difficult it can sometimes be for casual, everyday fans to get into and/or follow the stories. With so many crossovers, events and reboots, following a character’s journey can be a daunting task for someone who just wants to jump in and start enjoying the stories.

Set in fifteenth-century West Africa, Malika: Warrior Queen follows the exploits of Queen and military commander Malika, who struggles to keep the peace in her ever-expanding kingdom.

And that’s one of the reasons behind our decision to create the YouNeek YouNiverse. I want to make it easy for ANYONE to get into superhero stories, which at the end of the day are just, well… “Stories.” One of the inspirations behind the YouNiverse actually comes from something I see Marvel Studios doing successfully with their movies. Marvel has masterfully crafted a system of connected movies (collectively called the Marvel Cinematic Universe or “MCU”) that has brought in millions of casual, everyday fans that have never read a single comic book! 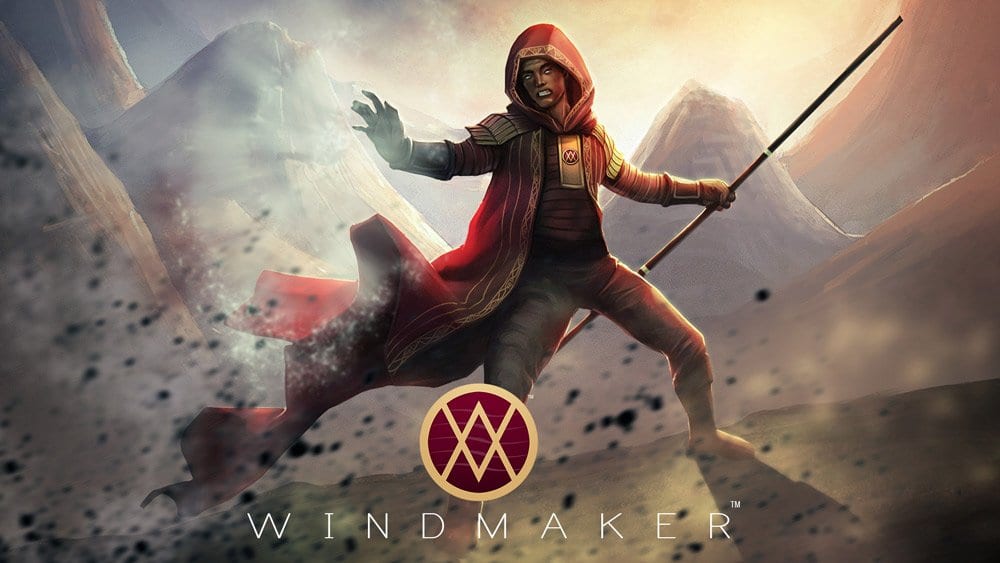 A hero, gifted with the ability to manipulate the wind after coming in contact with an ancient, mythical power.

So, we decided to do something similar to attract both hardcore and everyday casual fans to beautifully crafted stories by way of graphic novels (except for special circumstances, all are comic books have a 100-page minimum). I guess the best way to describe the YouNeek YouNiverse would be to call it the “MCU of graphic novels” 🙂 Our goal is to create a series of books featuring a very diverse list of awesome heroes, villains and locations with continuity and inter-connectivity from book to book.

An inquisitive young lady takes over an inner city dojo in London after her sensei passes away. In her efforts to inspire her struggling community to fight back against oppressive crime lords, she comes in contact with a relic that grants her the power to manipulate fire & ice

Each title will have a different sub-genres and contain its own independent story, which will weave into an overall continuous story arc for the YouNeek YouNiverse. Another way to explain it would be to liken it to George R. R. Martin’s “A Song of Fire and Ice” which is a series of novels, one of which is the critically acclaimed “Game of Thrones.” In essence, the YouNeek YouNiverse is a series of superhero graphic novels, all with individual stories that serve collectively as an overall plot. So there will be no reboots, no events, no retcons and when a character dies, they are “more than likely” gone forever!

The first chapter of the YouNeek YouNiverse is called Genesys. Genesys comprises of 6 titles (in order of release) that form an overall story. 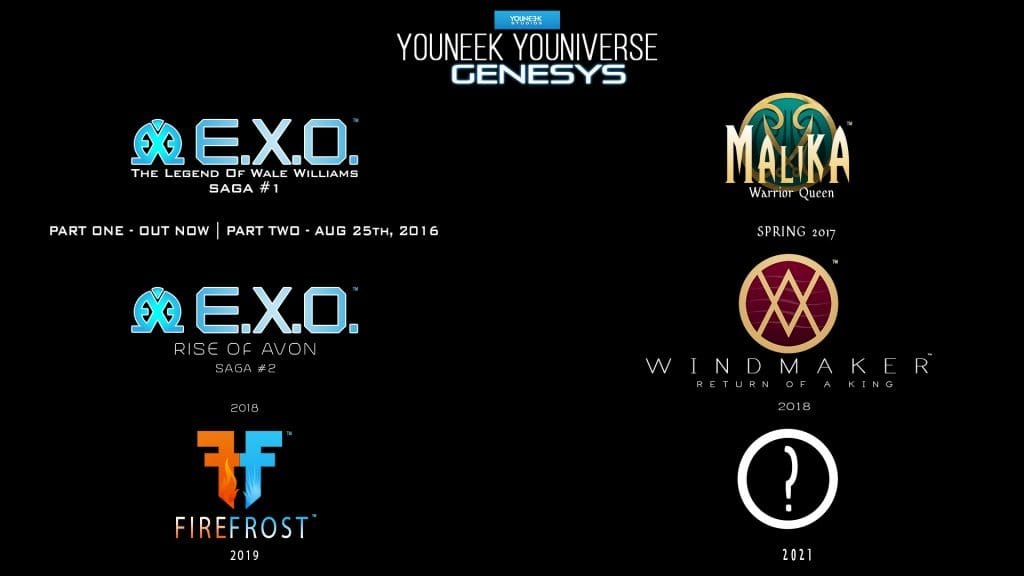 Once title #6 concludes, the YouNeek YouNiverse will move on to the next chapter.

We hope you get to enjoy what we have to offer over the next couple years. To stay updated on everything regarding the YouNeek YouNiverse, sign up below! You can also purchase all our books, DVDs, posters/prints and merchandise at www.youneekstudios.com/store 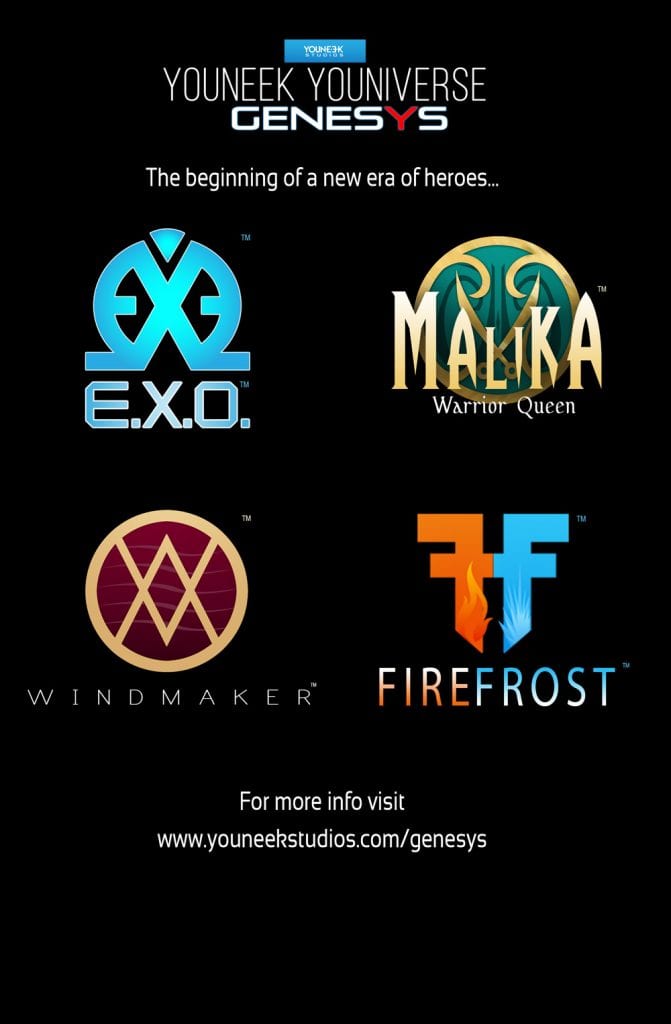