What does a tree have to do with creating comics & superheroes? Check this out 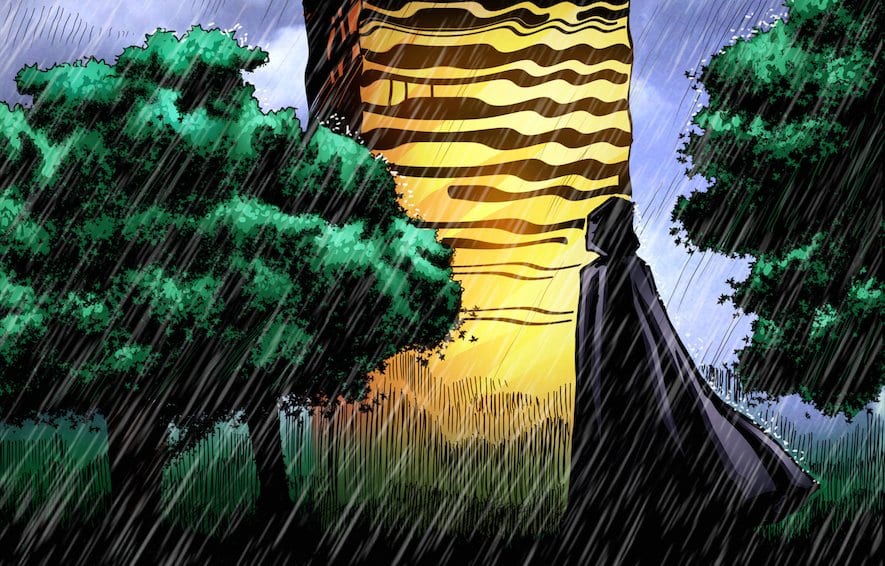 Planting trees? Creating comics? Yea, I know, makes absolutely no sense. But give me 5 minutes and I promise it will. Okay, so I recently stumbled upon a Chinese proverb and it absolutely blew my mind. Why? For starters, it’s a great topic for my Creating an African Superhero series. If you’d like to read the previous posts, you can view them here. The posts basically chronicle the failures, successes and best lessons I’ve learned while trying to create a mainstream, African superhero title (via the comic & animation mediums) called E.X.O. As a first time producer/writer/creator, I didn’t have a mentor to hold my hand while pursuing this dream, but somehow I found a way to make (and still making) something great out of the idea I had to create a superhero from Lagos, Nigeria were I was born.

Creating Comics – How A Chinese Proverb Helped Me & Can Help You

Anyway, back to the proverb. It goes: “The best time to plant a tree was 20 years ago. The next best time is today” There are multiple ways to interpret this proverb, but this is the way I see it. Whatever your creative dreams, goals or aspirations are, JUST START NOW. You know why? Because you’re already late, so you might as well start now and not wait till tomorrow or next week or when you’ve “saved enough money.” Now, in no way am I recommending reckless behavior and no sort of planning (checkout my last blog post on that), but what I’m saying here is often times we are the ones holding our own selves back by giving excuses. “I don’t have enough money” “I work a full time job” “I don’t have enough experience” etc. If you don’t have enough money start small, there’s no need to break the bank. If you’re working a full time job, wake up earlier everyday or take 1 or 2 hours a day when you get back from work to spend on that creative project. It actually works. I know because that’s what I did. Guess what? 2 hours a day spent on something equals 14 hours a week, 56 hours a month and so on. The reverse is also true, 0 hours a day equals 0 hours a week. Also, if you don’t have experience the best way you can gain some is by trying and failing. And there’s a difference between failing and being a failure. Failing is trying and getting it wrong, being a failure is trying, getting it wrong and then quitting because you failed. Failing is temporary while being a failure is permanent. I once heard a wise person say “There will never be a perfect time to do a great thing.”

Wale Williams looking towards greatness. From the E.X.O. Graphic Novel

Trust me I’ve been there. I was the king of excuses (and sometimes still am). I had the idea for creating a superhero from Nigeria about 8 years ago. And I even have a video to prove it. Check out the horrible test animation I did for it here (animated by yours truly). It’s so embarrassing I can’t even embed the YouTube link in this post. But I digress. Before I started, I procrastinated for about 2 years. Trying to get everything perfect. Also, I needed to raise some money, so I spent years running around looking for who would give it to me. So basically, my dream and my goals were directly tied to whether or not an individual was willing to give me money. See any issue with that? What I should have done (and I’m finally doing now) was while I was looking for the money, just continue to the small things I could do on my own. It’s not even been a year since I launched my Kickstarter for E.X.O. back in April 2015, but in 9 months I’ve accomplished 100 times more (Featured on very reputable websites, raising $10,000 on Kickstarer, having E.X.O. on the cover of Magazines, etc.) than I ever did in the 8 years I waited for someone to give me money for an animated series/movie. Imagine what I could have achieved by now if I took the initiative to do what I did last year, 8 years ago. What would E.X.O. be today? It took me 8 years to build the confidence to say: you know what? I’m tired of being afraid and waiting for someone to endorse me. So I did what I could. I started small. I couldn’t do and animated series so I decided I would save and raise money and do a comic book while I try to figure out the money for the animation. And it’s the best decision I’ve made all my life!

Some of the things I was able to achieve after I decided to just give it a shot and not look back. 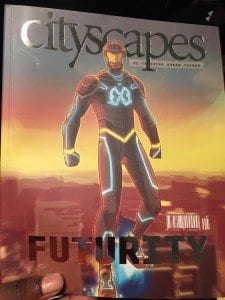 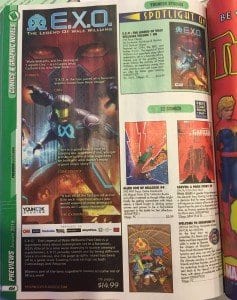 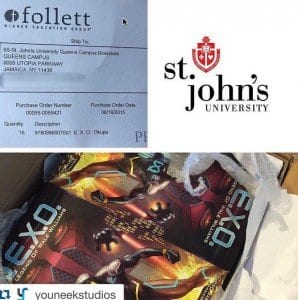 Again don’t get me wrong, it’s difficult (if not impossible) to achieve something great by going it alone. It’s inevitable that you will need help. And help can be in the form of investors, publishers, distributors, friends, family etc. All I’m saying is never let your progress hinge upon another persons decision of whether or not they want to support you. Never let fear or self-doubt get in the way of you putting yourself out there and trying. And if you have creative projects (creating comics comics, animation, art, books, a startup etc.) you are passionate about, JUST START NOW. It may take 10 years or it may take 1 month to get “there”. No one really knows. What I know is if you don’t start it will take forever!

Listen, you may have not been brave enough or wise enough to plant that tree 20 years ago, but now that you know better will you wait another 20 years to ask yourself that same question? Let me know if you agree or disagree in the comments below! Would love to hear from you!