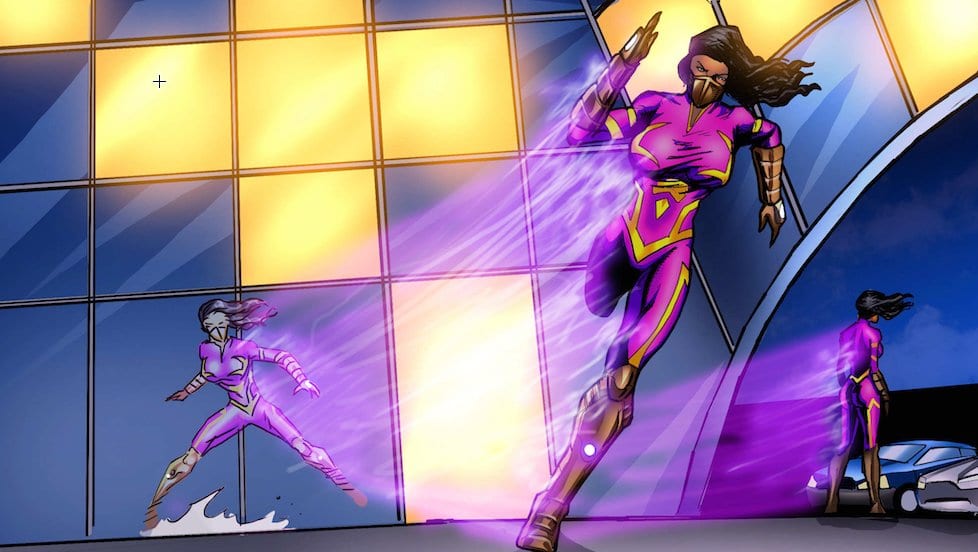 So due to popular demand, I’m finally getting around to writing a follow up to my latest blog post: How I Created An African Superhero: Don’t Be Afraid To Fail. If you haven’t checked it out yet, please do. It’s really a great read, I promise. As I mentioned in that blog post, that was the first in a series of posts I will be writing about. They will basically follow my journey so far (lessons, triumphs, challenges etc.) about how I created and am currently promoting my first Superhero Hero graphic novel titled E.X.O. – The Legend of Wale Williams Part One. If you haven’t checked that out please do as well. You can read chapter one of the book here free of charge! Today’s post will focus on the title: PERSISTENCE PAYS.

I love the way the dictionary defines persistence: firm or obstinate continuance in a course of action in spite of difficulty or opposition. I purposefully highlighted two words from the definition. Obstinate can be used interchangeably with stubborn. I honestly feel like to achieve the slightest bit of success not just in comics but in general life, you have to have some element of stubbornness. Now don’t get me wrong, I don’t mean you should be unruly, but what I mean is be stubborn when you put out a picture or demo of your work out there and it gets 0 likes. Be stubborn when a random troll on social media writes you a paragraph about how your idea sucks and how it will never make it anywhere. Be stubborn when you email bloggers to check out or review your stuff and you get no responses. Be stubborn by taking it in the chin, going back to the drawing board to re-tool and then try again. I’ve always believed life is not about what happens to you, but how you react and adjust after things happen to you. Those issues I listed above all happened to me. There was a time when I would post E.X.O. art/updates on social media and literately no one would comment, or times I would get Facebook comments that my character/story was a hack or when I would spend sleepless nights emailing a minimum of 20 bloggers only to get 0 responses. To be honest those things truly hurt, but hey I’m only human. What I’m most proud of is I found a way to learn from it, adjust and then make a comeback. The second word I highlighted is difficulty. I don’t need to spend too much time on it because I believe it’s self explanatory. Absolutely nothing good in life comes easy. The road to success is one of the most difficult journeys in life, if you are not willing to pay the price, then you’ve already lost.

To drive this point home, I want to share a personal story about how I was able to get E.X.O. on CNN. If you had told me that I would be featured on CNN 2 months before I had even released my first graphic novel, I would have told you to get out of my face. The irony here is that as much as I believed getting on there was a long shot, I never hesitated to try. This is one of the things that has truly helped me so far. No matter how huge the mountain ahead of me is, no matter the amount of fear I feel approaching it, I always at least give it a try. The worst that can happen is that you fall, but then you pick yourself up and adjust. The journey to get on CNN took 6 months. 6 long grueling months which started February 2015.

It’s fun to note that while I do get a lot of questions as to how I got on CNN, BBC, MASHABLE etc. (which I will explain shortly), I’ve had some people mention that I have paid for these articles, or I have a secret network I use to reach bloggers. Lol, I honestly wish I had that kinda dough and connections. But anyway, I digress.  The first thing I did in February was spend hours and hours on the web trying to search for anyone at CNN who had ever written about an African superhero. I figured they would be more likely to write about mine. After 1 week of 0 results I decided to refine my search a little bit. So instead I focused on finding CNN articles that journalist had written about Africa (Nigeria to be specific) and then I got some hits. I found an article about a Nigerian startup that was written not too long ago. I then proceeded to contact the blogger on twitter by following him and sending him a tweet about my project. Crickets… I tried and tried for about 3 weeks and I finally got a response. He had mentioned he was out on vacation and that he would forward it to a colleague. Yay! Celebration time, I’m going to be on CNN! Or so I thought. What followed was another month of crickets. At this point I started to feel like maybe I’m in over my head, I mean CNN? What have you done to even warrant an article on CNN? But I believed in my product and felt like I had something unique to add to the industry so I made a slight adjustment. I started to approach smaller bloggers and while those weren’t easy at all to get on, they where slightly more inviting than the big boys. I got a couple of decent articles and decided again in March to try, this time I had some credibility, if they did a search on me at least something would pop up. I found another article on CNN about an African project and actually spent time reading it. I found the person on twitter and luckily, she had their email listed on their profile. I crafted a very brief email introducing myself, but to be honest I feel like what was key here was that I actually took sometime to talk about the article she wrote. It also helped that others had written about me.

Boom! The next day I got an email saying can we have a chat tomorrow? In my mind I was like heck yea! I can even call right now if you like. We spoke the next they and she mentioned she had been looking for something like mine to write about for a while. She said it’s a definite lock and we would do the story next month in April. Celebration time again, I’m getting on CNN… Or so I thought. I contacted her again a month later, ready to go and then she laid it on me. Sorry Roye my editor wants to focus on some other key stories we can’t ignore right now, so its a no. But keep in touch. Once again I felt that voice in me saying “I told you, you aren’t good enough.” But still I refused to give up and this is where persistence pays. I could have chosen to be bitter. But I politely told her I completely understand and that I would keep in touch. Over the next 3 months I sent an email every week to her (total of about 12 emails), I maybe got 2 responses, but I took it in the chin and kept sending polite messages. And lo and behold, out of nowhere one day she emails me and says Roye we are good to go, I’ll call you next week. And the rest is history.

What I’m I trying to say here. Sometimes, you just have to keep going at it, even though it doesn’t make sense to anyone else. You know what you are doing, you know why you are doing it, so keep at it. If you make mistakes adjust, if you fail, learn from it, if you get rejected, take it in stride and always be polite. There are people out there in the world who are waiting to experience exactly what you have to offer. You just have to be persistent. If you keep digging eventually you will strike gold, and if you don’t, at least you know where not to dig anymore.