African Stories: If We Don’t Tell Them They Will 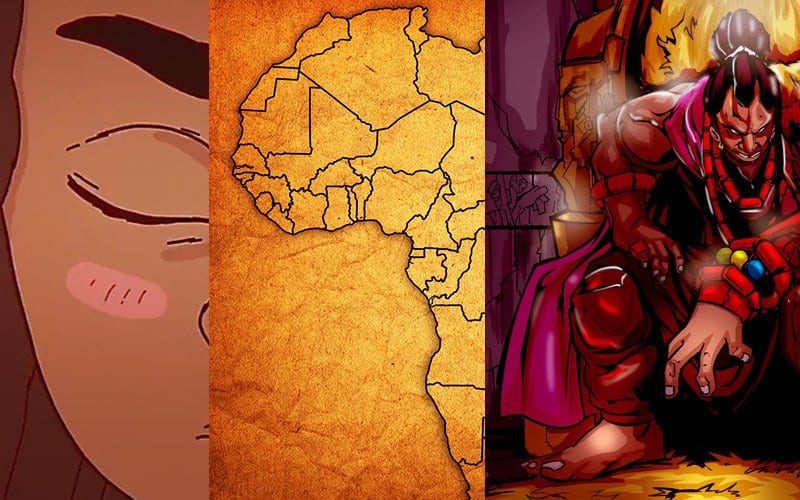 Film history reflects an interesting situation in which western literature, history, culture and western society itself has influenced the kind of stories that are retold in film. It doesn’t come as a surprise that the best war movies are based on legendary European or American battles or that the most successful dramas and comedies are set in New York, London, Paris or anywhere else that you can find an international fashion show or Formula 1 race track. The obvious reason for this is that the majority of well financed film makers and the film industry itself (Not just Hollywood ) are resident in these places. What instigates this discussion is not where these films are made or why they are made there but the recent shift in the subject matter that animated films are starting to explore in light of the recent social movements which have prompted such changes as the inclusion of people of color and women in key roles, such as those of the leading characters and also in the positions of film directors. This article seeks to dive further into the shift which has seen the rest of the world turning to stories (with a focus on African stories) from alternative cultures and not just their own (possibly because they have exploited every viable idea they had in their pigeon holes ). The so called new world, Africa and Asia have presented an opportunity where old but untold stories to their markets stand a chance of becoming the new alternative for creative intellectual property. Lets face it, its a matter of time before the reboots of marvel movies and star wars films run their course and every worth while American or European hero with a fascinating story has a biography. If you had not noticed they have already started the slow but steady siphoning of African stories as well as Asian ones for adaptation by Hollywood and its western counterparts.

A month ago A trailer for a short film less than a minute long appeared on the internet. First appearing on Vimeo and then on cg society, cartoon brew and every major animation news site on the internet. This was the teaser for Kariba a story named after a place of the same name in Zimbabwe. As a matter of fact, the man made Kariba Dam-wall appears in this trailer which features a young African (and possibly Zimbabwean ) boy who precedes the appearance of a great sea monster (which we Zimbabweans call Nyame-Nyame) a long standing legend for the sub-saharan bantu speaking people. The interesting part about this teaser was that in each instance, where the team behind it was credited, not a single African or bantu sounding name was mentioned. The people behind this production are of Dutch and English Decent and may only have come across this legend by chance and not inherited the story by virtue of their African Heritage. The story of Nyame-Nyame is one often shared with Tourists visiting the Victoria Falls (which are between Zimbabwe and Zambia) to keep them enchanted or fascinated by the African mythologies which surround the tourist destination. It is safe to say that Kariba is a story that could easily have been told by a team of animators Such as Tinodiwa Zambe Makoni, or Shingai Mtezo but like the title of the article reads, If we don’t tell our own stories, they will.

The lion King by Disney was an international blockbuster which is hailed as one of the greatest animated films ever made. Though there are debates around how authentic or truly original the story is there is no doubt that it is set in Africa, that its main character “Simba”s name is a common African name and that the evidence or presence of African folk tale references within the film are borrowed rather than originated. From Kenya (“Hakuna matata”) to Sub-Saharan Africa (Simba means strength in bantu languages like Shona) are present and drive the sub-text and authenticity of the films plot. There are hundreds of similar African stories and its a matter of time before Hollywood which is fast running out of ideas turns to this gold mine of ideas.

The 2014 Samurai Film Which was titled 47 Ronin featuring Keanu Reeves of Speed and The Matrix fame, is another example of a Japanese Story which was originally released as an anime which focused on the dishonored Samurai as opposed to the movie’s angle which focused more on the so called “half breed foreigner “ (as Keanu Reeves character is referred to). His casting and change in the films portrayal of the foreigner as being the hero was an obvious move to make the more familiar and more (Canadian dude) recognizable Hollywood figure sell the movie to their market without worrying about the integrity of the story or its original meaning . Once again, this is an example of how the rest of the world is likely to treat the ideas and stories that we as African creatives are not making an effort to own and retell in their pure form. Other examples of Japanese stories lined up for American adaptation include Masamune Shirows Ghost in the shell, which will see Scarlet Johansen (possibly)take on the role of Motoko Kusanagi, Death Note which will see Zack Efron Take on the role of Light/Kira and finally Robotech which will see Toby Mcguire take on the role of Rick Hunter.

In conclusion, our ideas and great African stories are not absolutely ours to tell because copyright does not protect them. But in view of our cultural and historic claim on them it becomes our duty to protect them by telling them as they are meant to and also by telling them in our capacity as the custodians of these stories. Though we may not have million dollar studios or amazing ground breaking special effects it is our responsibility to take on these stories ourselves and be the ones knocking on the doors of those who have the resources to make them happen before they realize the worth of these stories and tell them THEIR way, with no understanding of what they mean or of who they represent. But with only the motivation of making huge profits and laying claim on a history or culture that is not their own.