The components of the modern villain in African comic book stories. 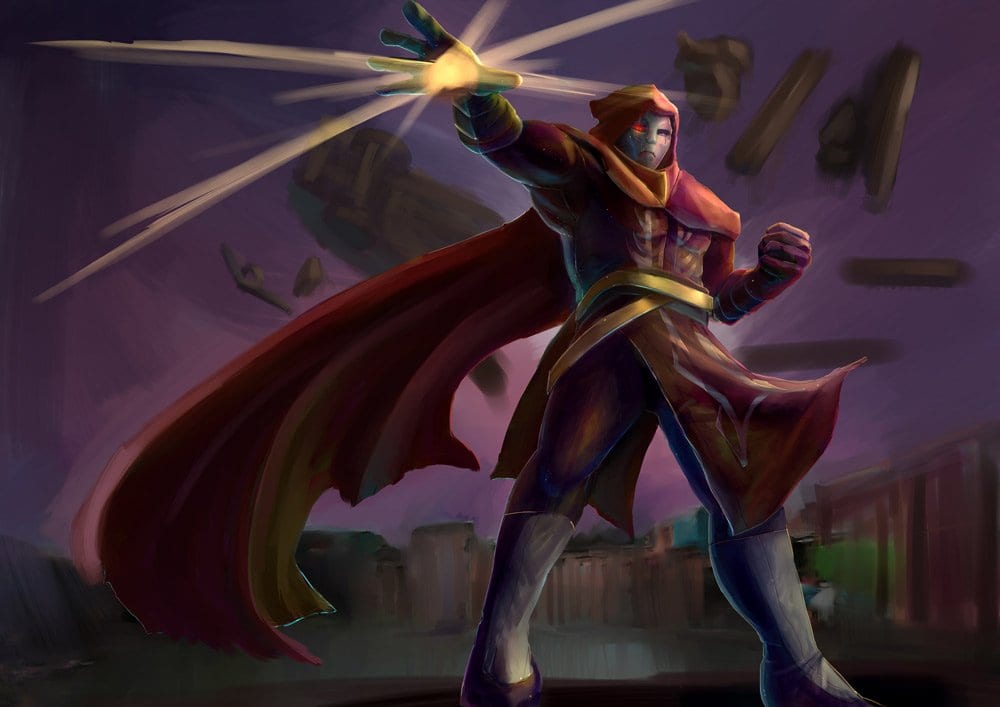 With the passage of time the threats to every community, nation or civilization has differed vastly. From the Vikings that threatened the Roman civilization to the threat of the so called American way of life by the so called communist ideology. Over the years various threats have assumed forms that vary from tangible or physical entities such as the advent of the nuclear bomb or the impact that our own existence has had on the world we live in. One thing that man has surely acknowledged all over the world is that he is never truly safe. In this modern age and in history, each threat has taken on a face or, a title or a kind of identity that we all have agreed to and over many decades we have constantly redefined what threatens us depending on where we live. Another interesting dynamic is how we define our threats differently depending on where we are. Geography alone can determine our strengths, our values, our way of life, our weaknesses and what we treasure most and because of this Africa’s villain will never be the same as the rest of the worlds.

In this article the definitions of the terms villain and antagonist will be kept very separate and an attempt will be made not to use the two interchangeably. The early Daredevil comic books are a great example of the threat to the American way which came in the form of extreme urban crime which is driven or motivated by sheer greed and little other philosophical inspiration. Characters such as the King pin in the Daredevil comic books served not only as an adversary or antagonist to Daredevil himself but were also the face of a large threat to the American way of life which was “violent crime”. What is depicted in Daredevil is really the insurgence of immigrant criminals who arose in the form of Italian mobsters. This tale in Daredevil is simply an analogy of the threat faced by America at the time. It came in the form of a man named Alphonse Capone more commonly remembered as Al “Scarface” Capone.

Various comic book villains have been similarly modeled after leaders of real life American threats. The Red Skull from the Captain America, The Mandarin from the Iron man comic books and nearly all the villains and antagonists of Batman represent the advent of organized crime in America, or the so called communist threat or the Nazi threat. Today this has all been translated to the threat of terrorism and various current fiction villains have been designed to symbolize this modern challenge.

I just read 3 brilliant comic book titles from Nigeria namely Eru, Avonome and Guardian Prime all maiden issues. The writing is brilliant and almost poetic while the development of each story is extremely promising, however I noticed that the devices used to shape the villains or “the threat” may have needed to link to what motivates today’s African villain. The examples I have used are really good titles and do not stand to represent all African comic books but they are indeed at the vanguard of African comic book movement and will receive the attention they deserve. I also believe that the approach taken by the writers of these titles is very interesting and original in that they have borrowed mystical legends or can we simply call them the equivalent of an African Boogey-man in titles such as Eru and Avonome and used that to possibly create original African villains without looking to politics or society in the way that Marvel and DC comics have approached it. This brings us to the question of what are Africa’s challenges and what threatens the African way of life? How can the African villains and antagonists of our modern heroes be staged in a battle that resounds with our own experiences and threats? African countries such as South Africa, Zimbabwe and Nigeria for example though not heavily affected by historic civil wars and being fairly advanced all experience different types of social challenges. For example crimes such as hijackings and ATM robberies in South Africa are not experienced as much in Zimbabwe (whose socio political issues I will cleverly glide past) or Nigeria. Meanwhile terrorism and religiously motivated clashes do not take place in South Africa or Zimbabwe. The point being each of these countries experience challenges that are uniquely African. Somali pirates in and around the horn of Africa can be seen as a type of villain that may inspire fictitious characters or antagonists in our comic books.

Creative writers talk about 3dimensional characters and characters with believable motives. I am of the belief that African history, challenges and beliefs make up a rich basis for the development of some of the most believable and original villains with varying philosophical motivations and convictions as well as multiple flaws and delusions. All this together can make for characters and Archetypes that the rest of the world could never imagine.