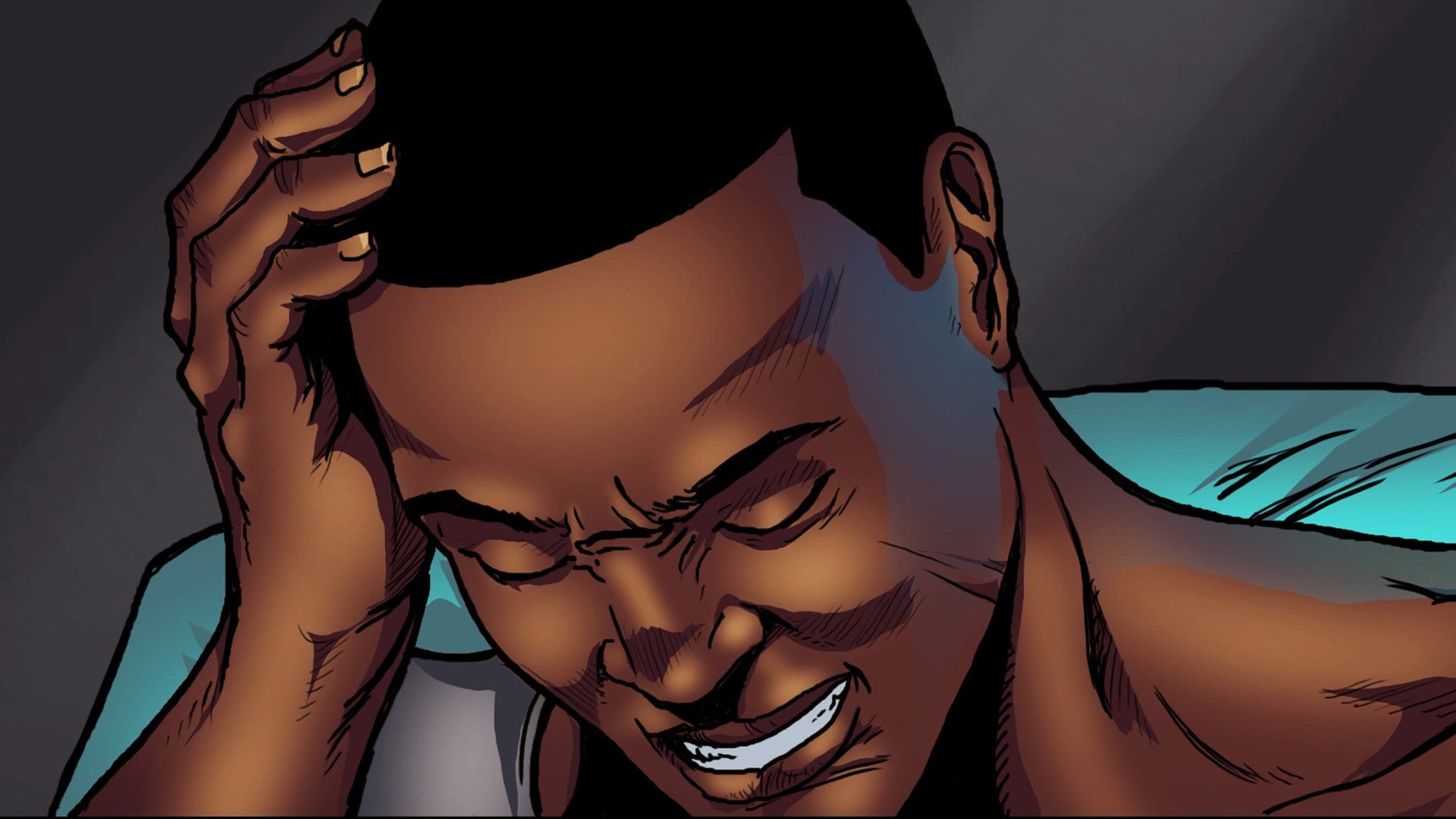 Doing independent comics is tough business. Matter of fact, starting or running any kind of business or being an entrepreneur is tough. Days will come when you just wanna flip your laptop, throw both arms in the air and say “You know what? I’m done, I give up!” This post (and blog in general) may focus more on comics/creative arts but it pretty much applies to anyone out there who is trying to chase a dream. So, today’s topic in my ongoing “Creating an African Superhero” series is “6 Things to do when you just wanna give up the dream.” If you’d like to read the previous posts, you can view them here. They basically chronicle the failures, successes and lessons I’ve learned while trying to create and promote a mainstream, African superhero title (via the comic & animation mediums) called E.X.O.

In the one year that I’ve quit my job to focus on running my business, YouNeek Studios, I’ve had some really great things happen. Especially when it comes to my flagship title E.X.O. – The Legend of Wale Williams. But, to be honest, I’ve also experienced some incredibly rough times. Times when I’ve looked at my bank account and thought “Da heck kinda decision did I make trying to chase this dream?” Leaving a 9-5 to fend for your self is no joke. About 2 weeks ago, I was so sick that I could barely get out of bed.  The only time I managed to leave the house was to go see Captain America: Civil War. Nothing was gonna keep me from that 🙂 Anyways, while in bed for several hours at a time, I was forced to think back at some of those rough patches and I started jutting down how I was able to push through. Personally, I need reflect on this list more…

1. Remember Why You Started 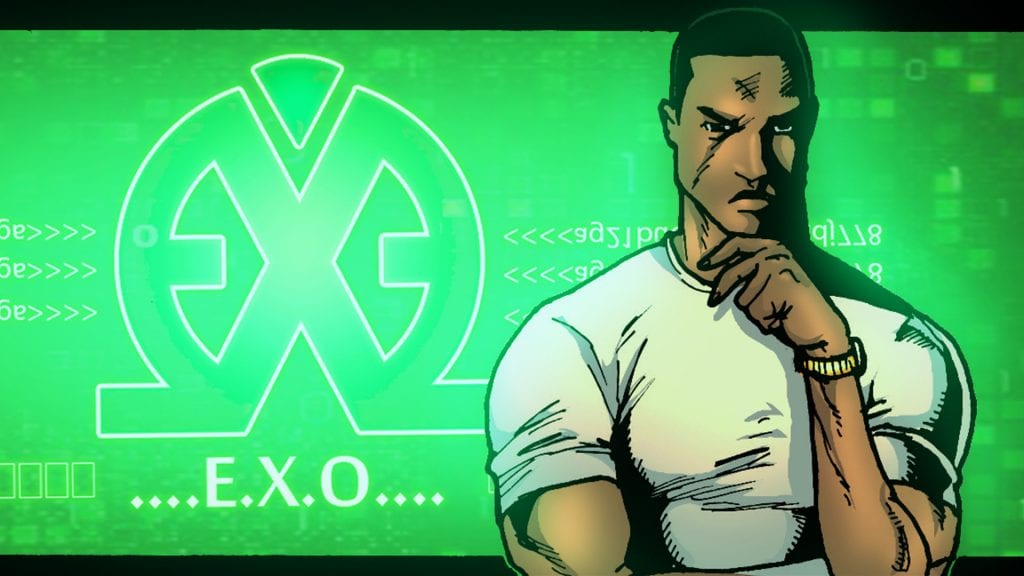 It doesn’t have to be comics (although it is especially true for comics!) but, no matter what your goals are you have to know “why” you are doing what you are doing. It is so important. If you are in it just for the money for example, your chances of success will be very slim. What is it about what you are doing that pushes you to do it. I’ll give you an example. For me, I personally started YouNeek Studios for 3 main reasons: 1) To highlight Africa African content and African talent when it comes to superheroes, comics and animation 2) To inspire people to chase their dreams by actively chasing mine 3) For people all over the world  to xperience all the crazy ideas I have in my head as great stories. This is what pushes me everyday. Even the days I don’t feel like doing a damn thing. The days when every blogger/journalist rejects my pitch. The times when it feels like I can’t even sell one copy of my book. The days when distributors/TV networks tell me my product isn’t good enough to appear on TV. When people who promise to help break those promises, when my book and characters get negatively (and sometimes unfairly) criticized. And the list goes on and on. Because I know exactly why I’m doing what I’m doing and I have a passion for it, I keep pressing on! 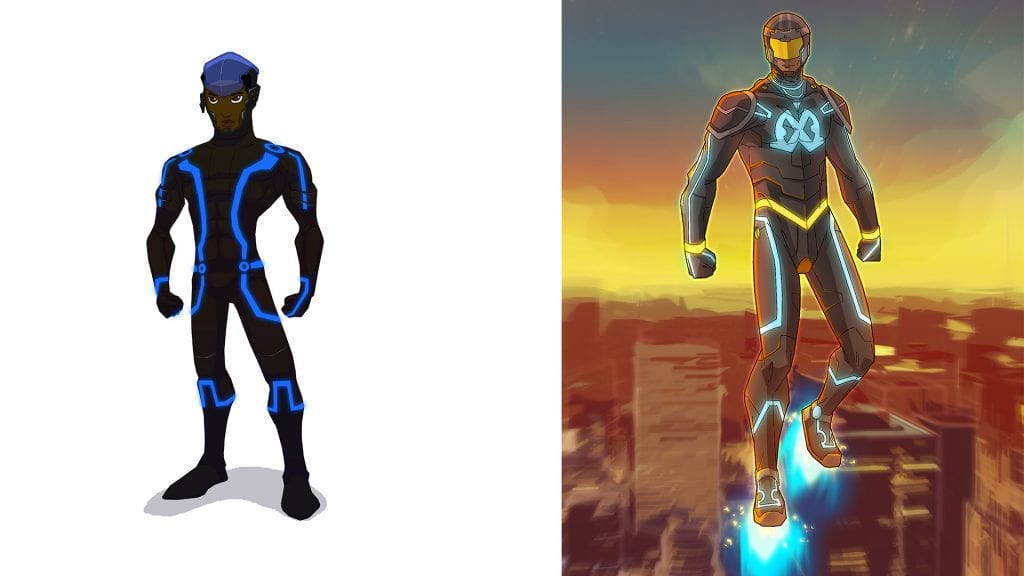 Sometimes all it takes is looking back to see how far ahead you truly are. Sometimes, I see people doing all these great things on social media and then I look at myself and I’m like “man I’m no where near that… I suck.” Thing is, you don’t know the amount of time that person has put into that thing. Again all it takes is looking back at your own previous work, drafts, projects, achievements etc. Try it, if you’ve been doing comics (or anything else for that matter) consistently for a while, look back at when you first started. Look at old drawings, old sketches old proposals, videos, animations etc. Odds are you will be thankful for the progress you’ve made. And if you haven’t made any progress, really, who’s fault is that?

3. Look at the Greats 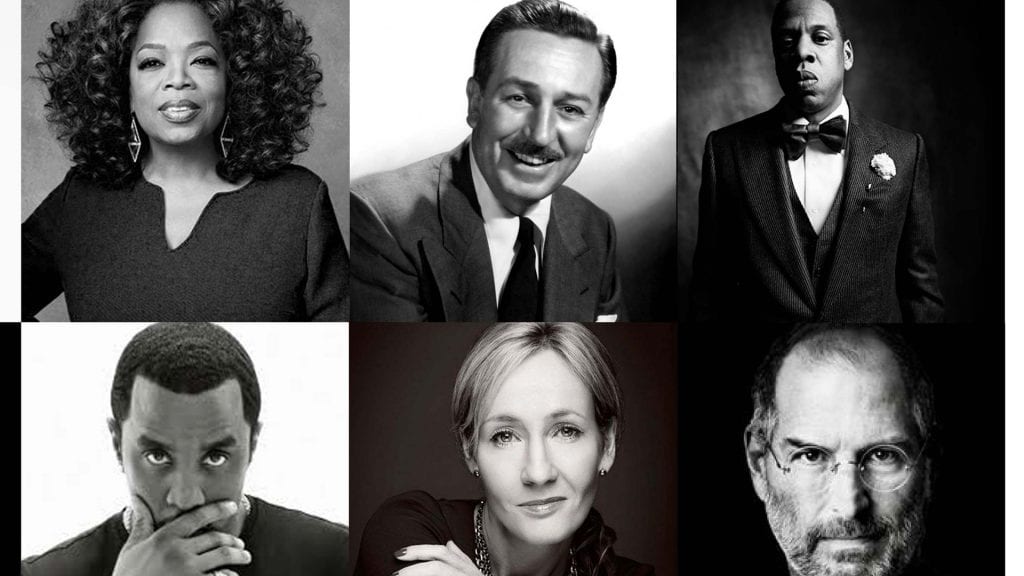 We’ve all heard the famous success stories: JK Rowling (creator of Harry Potter) was divorced, broke and depressed but somehow managed to push through and create one of the most popular books ever. Stephen King’s first novel Carrie was reject 30 times before it was published or my personal favorite, Walt Disney was fired by his editor because he “lacked imagination and had no good ideas.”  (Check this link out for more examples). But one that motivates me constantly is something Elon Musk (co-founder of Paypal) said: “My proceeds from the PayPal acquisition were $180 million. I put $100 million in SpaceX, $70m in Tesla, and $10m in Solar City. I had to borrow money for rent.” Borrow money for rent? Bruh, I’m not gonna lie, personally I would have stashed away at least $20 million. Jeez, talk about betting on yourself. I guess that’s why he’s now worth $13 billion and I’m not (yet). What am  I trying to say here? Almost everyone that has ever done something great has had to go through terribly painful periods. In order to forge steel, it must first go through fire. If you’re feeling the pain right now, you are well on your way to success. Keep pushing! 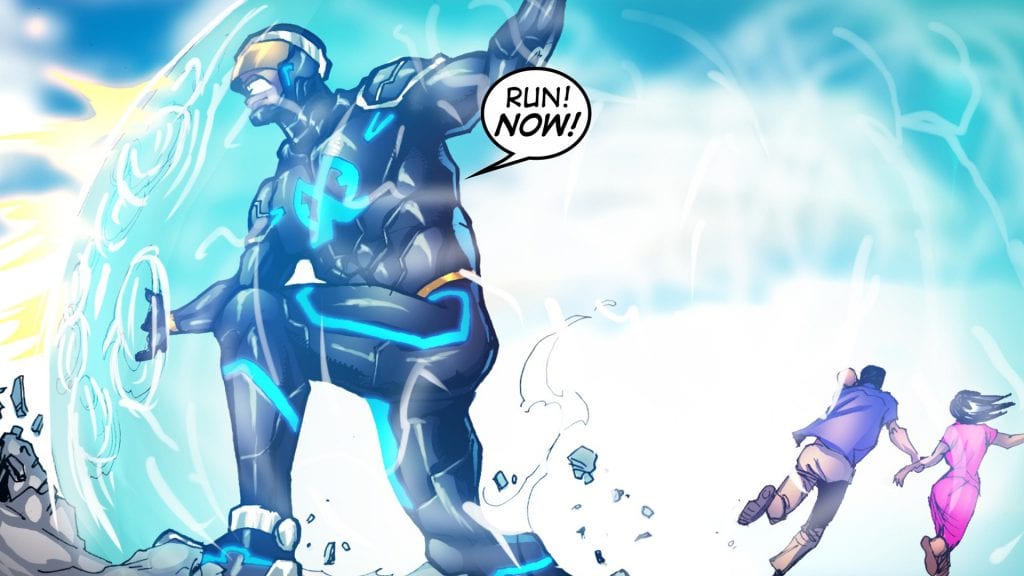 Here’s one I need to do more of. It’s amazing the amount of positive energy that comes with helping others achieve their dreams/goals. Some of my most memorable moments on this crazy roller coaster of a journey are when people call, email, text, Facebook or tweet at me saying things like “Your book has inspired me to start my own comic” or “Just seeing you do what you do gives me the courage to put myself out there.” It even goes to another level when I actually actively help. Either when someone reaches out to me for advice or assistance and I’m able to solve a problem or when I actively go out of my way to offer help. I’m nowhere near doing this as often as I should and I have had my share of not getting back to people on time because of how crazy busy things can get, but you will be surprised how much your spirit can be lifted when you just reach out and help someone. After all, isn’t that what life really is about? Helping one another. Okay, I’m off my soapbox now. Try it out and thank me later. 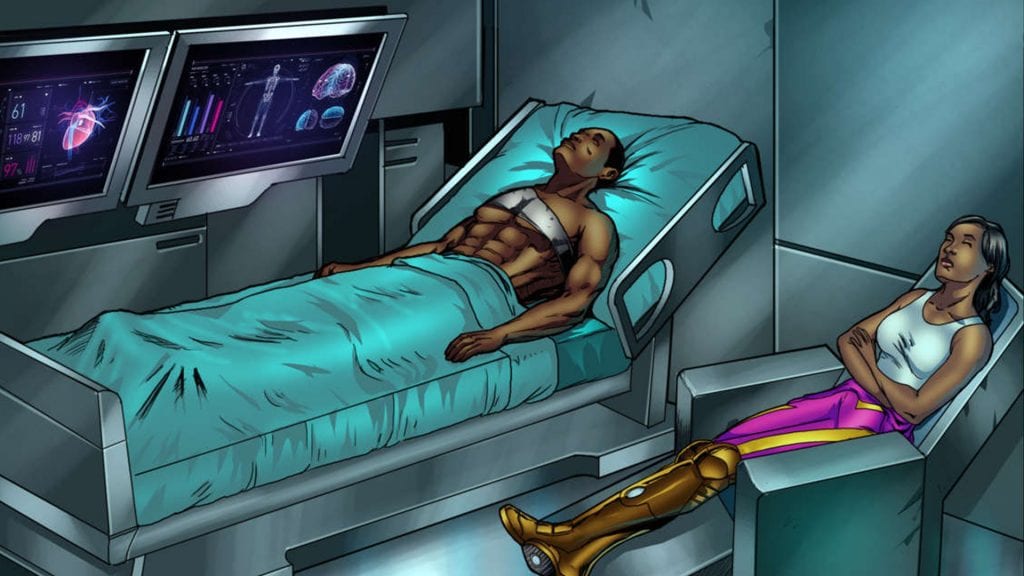 This is pretty self explanatory. Sometimes all you need is time away from that project, that book, that business, that piece of art etc. Take it from me, your body will always win. I tried to run myself into the ground working minimum 10-14 hours a day 7 days a week for months in a row. Two weeks ago, my body reminded me who was boss. I fell so sick I couldn’t get out of bed for almost a week. So if you’re feeling stuck, tired, overwhelmed, frustrated, just take a break. It could be a day, a week or a month, only you can know how long you need (or how long you can afford). Go out, hang out with friends and family, travel, see the world. If you are a creative person like me, these things actually help. My best ideas came to me when I was not actively thinking about anything close to what I do on a daily basis. 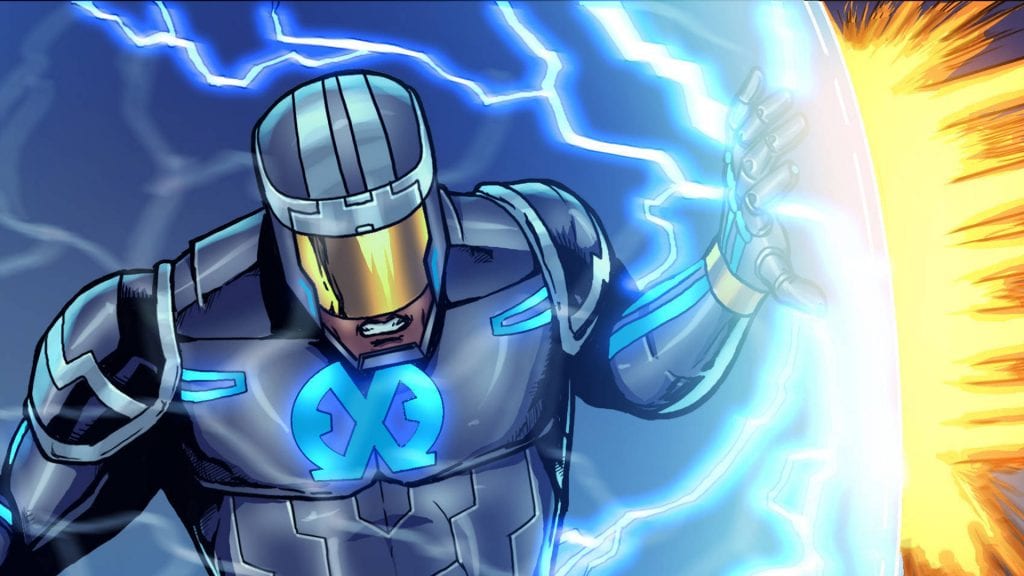 This is the toughest and probably the most important of them all. Sometimes everything above won’t work. No matter what, nothing makes sense. But you do it anyway. This is what separate’s being good from being great. When you have every reason to quit, you somehow manage to push through. It’s tough, I won’t lie and I’m still learning how to diligently do this when my whole world feels like it’s crumbling. But if you can find some way to push through, greatness awaits! I always say that what makes a great person is not necessarily what they have, but what they had to endure to get it.

I hope this helps someone out there today. Have any other tips? Drop them in the comments below, would love to hear from you!

Need inspiring tips/stories/hacks that can help push your creative business in the right direction? Sign up for my newsletter to get them right in your inbox.

Born in Lagos, Nigeria, Roye Okupe is an author, speaker & entrepreneur who holds both a Bachelor’s and Masters in computer science from The George Washington University. His passion for animation led him to found YouNeek Studios in 2012, an avenue that would allow him to pursue his dream of creating a diverse library of superheroes. Under that umbrella, Roye wrote, produced and directed several animated productions including, but not limited to, 2D/3D animated short films, TV commercials, show openers, music videos and much more. These productions have allowed Roye to attain many prestigious recognitions such as being #5 on Ventures Africa’s list of 40 African innovators to watch (2016) as well as being part of NewAfrican Magazines’ 100 most influential Africans two years in a row (2016 & 2017).