6 African superhero comics to look out for 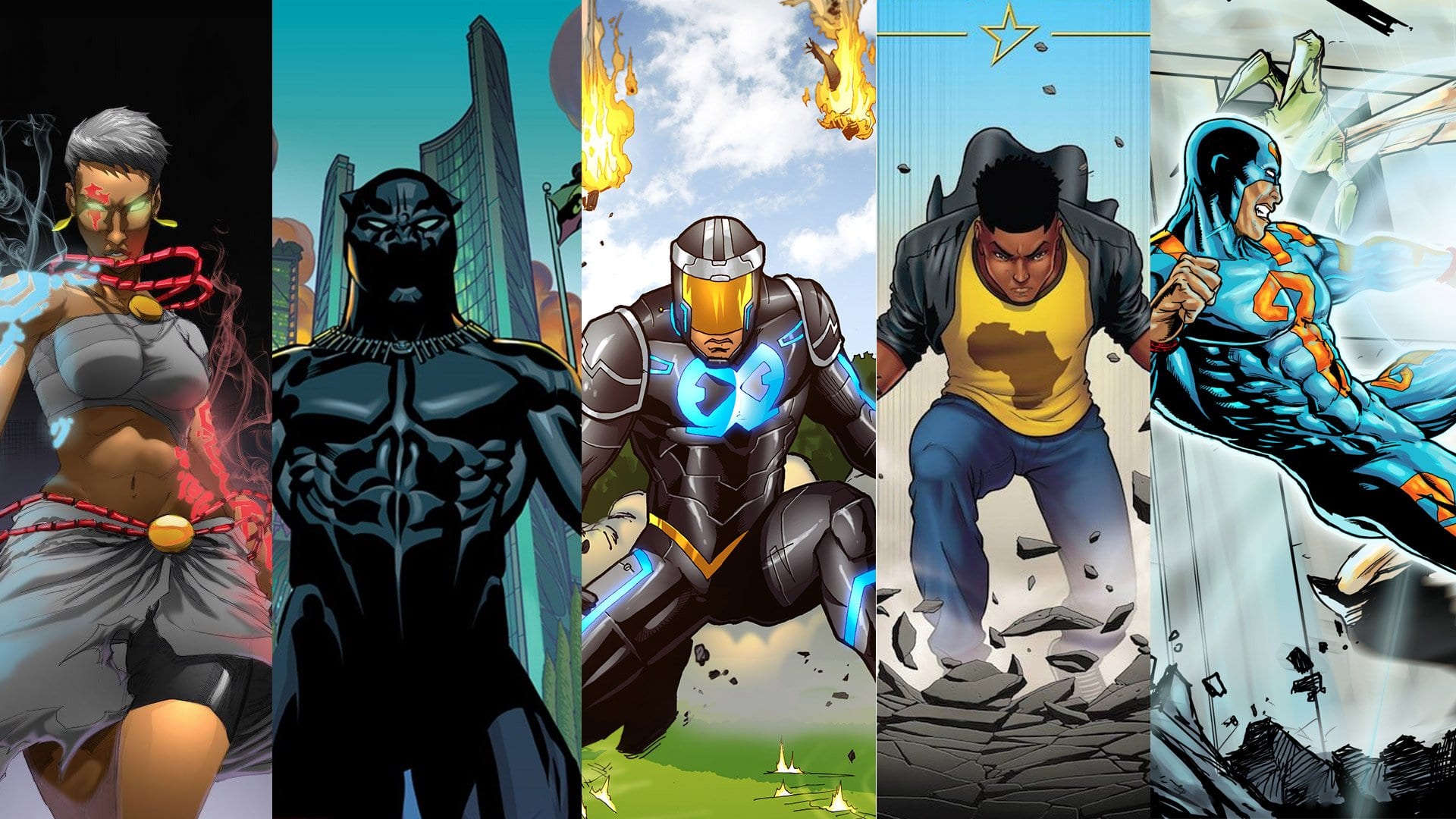 It’s been amazing the attention mainstream media has been giving to Africans who are making a difference in the comic book space. In the past year, we’ve seen a slew of articles about the rise of African superheroes and African comics on sites like Forbes, Yahoo News, CNN, Mashable, The Guardian, Buzz Feed and many more. While this is an amazing achievement for African creators like me and others around the globe, some have actually been doing this consistently for a while.

My criteria for selecting these six was pretty straightforward. The comics/characters had to have some sort of origin tied to Africa, as well as had a reasonably consistent run of producing content. So with out further ado (did I spell that right?) in alphabetical order:

6 African superhero comics to look out for 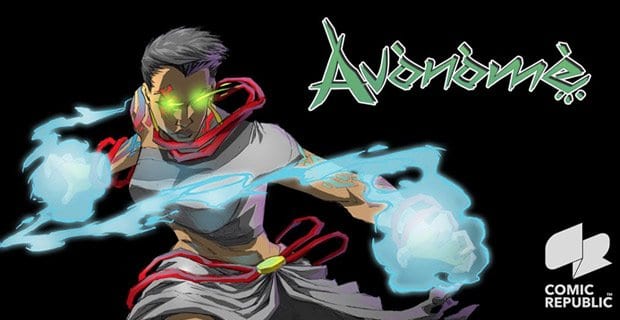 Avonome, created by the guys over at Comic Republic is no doubt one bad ass comic! The guys at Comic Republic (based in Lagos, Nigeria) have been doing a stellar job representing African superhero characters not just in Africa, but globally as well. Looking forward to seeing more of her this year!

Avonome is the story of Hilda Avonomemi Moses, born in 1937, in the remote village of Etunor, a settlement in Ighara, Edo state. She disappears without a trace only to reappear in a cemetery in recent times, still unchanged, with no memory of who she was or where she had been all this while, except a knowledge of her name, a mysterious companion and an unbelievable gift – the ability to see spirits…

Avonome is still going strong in it’s 3rd issue. You can read all issues for free here 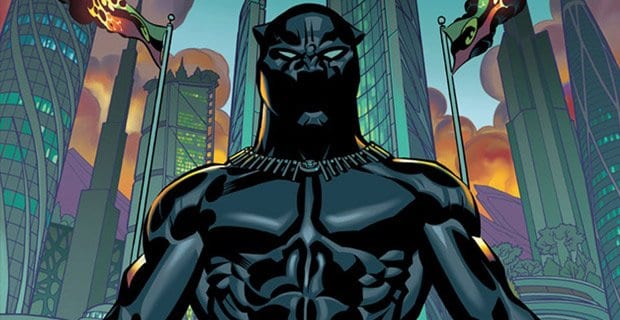 If you’re a super nerd like me, then this bad boy right here needs absolutely no introduction. Created by Stan Lee & Jack Kirby, the Black Panther is not only one of the most popular African superheroes of all time (arguably the most popular), he was the first African/black superhero to appear in mainstream American comics. With a movie also coming out in 2018, the future for Black Panther is definitely one to look forward to.

T’Challa is heir to the centuries-old ruling dynasty of the African kingdom Wakanda, and ritual leader of its Panther Clan. His mother died in childbirth, earning him the enduring hatred of his adopted elder brother, Hunter, who also resented T’Challa for supplanting him in the royal household. Hunter would become the White Wolf, leader of the Hatut Zeraze (Dogs of War), the Wakandan secret police. Their father T’Chaka remarried, but his second wife, Ramonda, seemingly ran away with another man when T’Challa was eight. When T’Challa was a teenager, T’Chaka was murdered by Klaw, a Dutchman seeking to plunder the rare Vibranium metal unique to Wakanda, but T’Challa used Klaw’s own weapon to maim him and drive him off. T’Challa studied in Europe and America, then underwent ritual trials in Wakanda – including defeating his uncle S’yan, the existing Black Panther – to win the heart-shaped herb, enhancing his abilities and linking him spiritually to the Panther God Bast.

Last year, Marvel announced that Brian Steelfreeze and Ta-Nehisi Coates will be working on a 12-part series for the Wakandan king timed to coincide with the character’s entry into Marvel movies beginning with May’s Captain America: Civil War. Can’t wait! 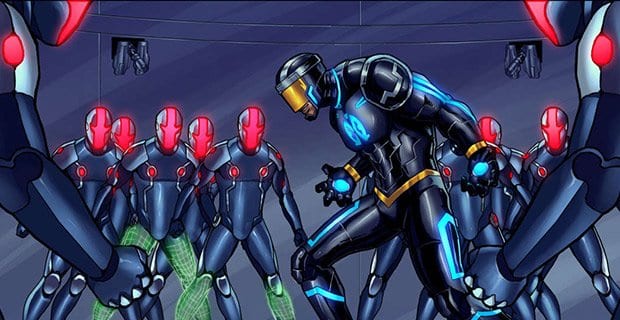 Written and created by yours truly 🙂 E.X.O. is a superhero story about redemption, set in a futuristic 2025 Africa! Since I released E.X.O. back in April, I’ve been completely humbled by the reception it has received by not only superhero fans in Africa, but all over the world.

Featured on CNN, FORBES, BBC and more, E.X.O. The Legend of Wale Williams Chapter One is a science fiction superhero story about redemption, set in a futuristic, 2025 Africa! The 40 page comic book follows the journey of Wale Williams, an impetuous young adult who inherits a suit with super powers after his father goes missing. Tricked into returning home to Lagoon City, Nigeria following a five year absence, Wale embarks on a journey to investigate his father’s mysterious disappearance. As he gets closer to the answers he seeks, a tragedy occurs and changes his life forever.

E.X.O. part one (graphic novel) was released August 31st, 2015 and still holds a strong 5 star rating on Amazon & Comixology. To find out more about part one and part 2 (coming out this summer) follow this link. 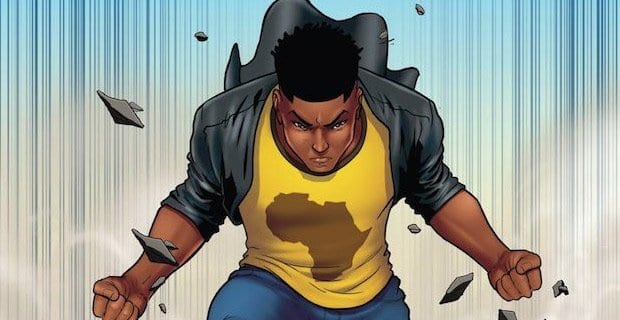 Kwezi is arguably the biggest superhero comic to come out of South Africa in recent years. Created by Lyiso Mkize, who has also worked on the long running and popular Supa Strikas comic series, the Kwezi comic follows a narcissistic teenage boy named Kwezi as he discovers his superhuman abilities amid the daily hustle of the fictional Gold City.

Set on a contemporary South African backdrop, Kwezi a 19 year old boy that discovers he has superpowers, and so the journey towards his purpose begins…

So far we’ve seen three issues (of a twelve part series) of Kwezi with more set to come out this year. To read Kwezi for free, follow this link. 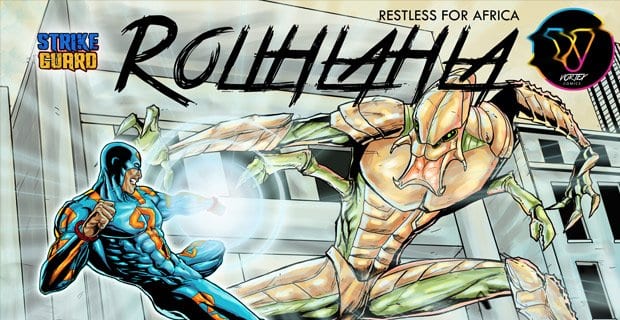 Strike Guard has seen a quick rise amongst the ranks of African superheroes, thanks in part to a great origin story as well as an aggressive publishing schedule from the guys over at Vortex comics (based in Nigeria).

After a series of unfortunate events, Abolaji Coker a Political Science undergraduate at University of Lagos wakes up in a hospital with not only Super human / spiritual abilities but a diety he constantly converses with within him.

Now the gates to the “other side” has been opened and he must protect the ones he loves and around his with this new found powers and responsibility, Brace yourselves for what comes out first

You can jump right into the action by checking out Strike Guard #1 for free here. 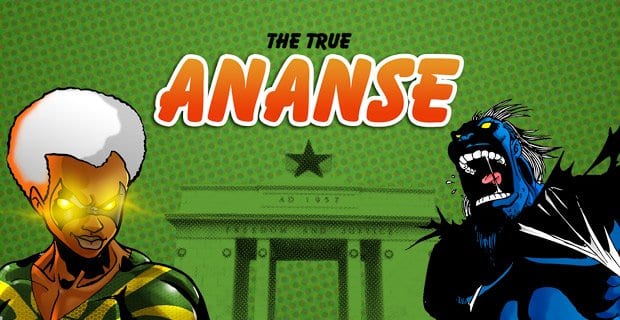 The True Ananse by Leti Arts

Known for their huge stamp on the African gaming industry, Leti Arts takes African digital media a step forward with comic titles like The True Ananse. Making them one of Africa’s true transmedia companies.

As with most of the other titles above, you can read The True Ananse for free on your mobile device by following this link.

There you have it. If you ask me, the future of superhero comics based on African characters and locations seems very bright with titles like these. And the cool thing is that you can actually dive right in today to read. Most of the comics have free issues you can download. So make sure you check them out!

One thing I would say though (speaking to myself as a creator as well) is we need to see more African superhero comics with female characters as the lead. However, there are still some awesome African female superhero characters you can check out right now like Fury, Ireti & Malikah.