Below are links to access / download various assets for author Roye Okupe and his debut graphic novel E.X.O. – The Legend of Wale Williams Part One. To schedule an interview with Roye or If you need something that is not listed below, please contact: info@youneekstudios.com or call +1 240.432.6214. 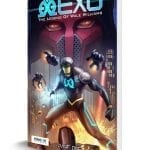 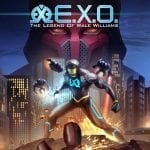 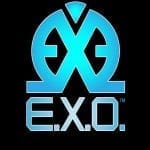 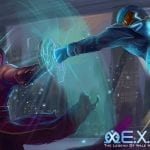 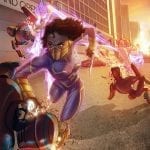 Featured on CNN, FORBES, BBC and more, E.X.O. The Legend of Wale Williams Part One is a superhero story about redemption, set in a futuristic, 2025 Africa! The 130 page graphic novel follows the journey of Wale Williams, an impetuous young man who inherits a suit with super powers after his father goes missing. Tricked into returning home to Lagoon City, Nigeria following a five year absence, Wale embarks on a journey to investigate his father s mysterious disappearance. As he comes to understand the suit s powers, Wale realizes he must restore hope to his city by preventing catastrophic attacks from the sociopathic, Oniku, leader of an extremist group called The CREED.

Featured on CNN, FORBES, BBC and more, E.X.O. – The Legend of Wale Williams Part One is a superhero story about redemption set in a futuristic 2025 Africa.

“E.X.O. is the fast-paced afro-futuristicgraphic novel from Roye Okupe” – CNN

“Wale Williams, and his setting of ‘Lagoon City’ – is to Lagos what Gotham City is to New York.” – FORBES

“This is a good read if your’ restarting out and even if not, you get a chance to see a new superhero be born and who doesn’t enjoy a good origin story?” – COMIXOLOGY

Where To Buy The Book

Born in Lagos, Nigeria, Roye Okupe is a creative specialist who holds both a Bachelor’s and Master’s in computer science from The George Washington University. His passion for animation led him to found YouNeek Studios in 2012, an avenue that would allow him pursue his dream of creating a diverse library of superheroes. Under that umbrella, Roye wrote, produced and directed several animated productions including, but not limited to, 2D/3D animated short films, TV commercials, show openers, music videos and much more. These productions have allowed Roye to attain much prestigious recognition such as being #5 on Ventures Africa’s list of 40 African innovators to watch .

With the superhero genre currently at the height of popularity, Roye has made it a goal to create a connected universe of heroes, with origins from locations that are currently neglected and/or ignored. In August 2015, Roye released his debut graphic novel titled: E.X.O. The Legend of Wale Williams Part One, a superhero story set in a futuristic Nigeria. E.X.O. was received with critical acclaim and has since been featured on CNN, Forbes, The New York Times, NBC, The Guardian, ABC7, BBC, The Huffington Post, Mashabe and more! 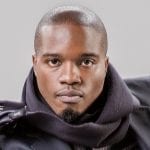 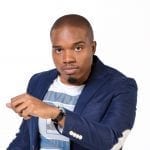 You can find additional marketing pics for E.X.O. here in the Dropbox link. 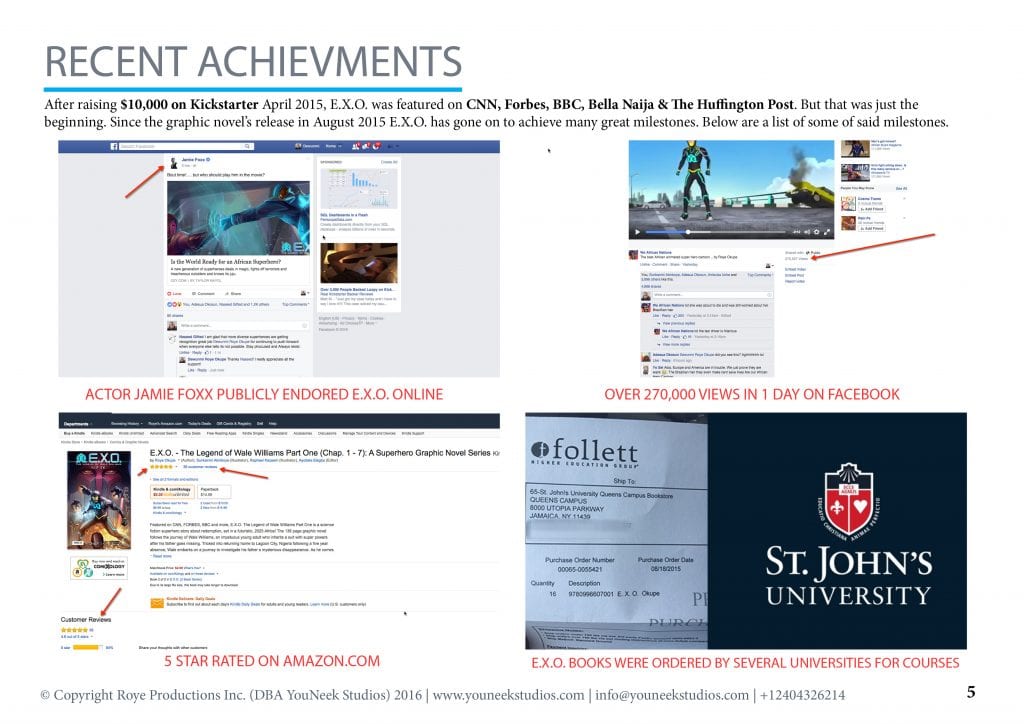 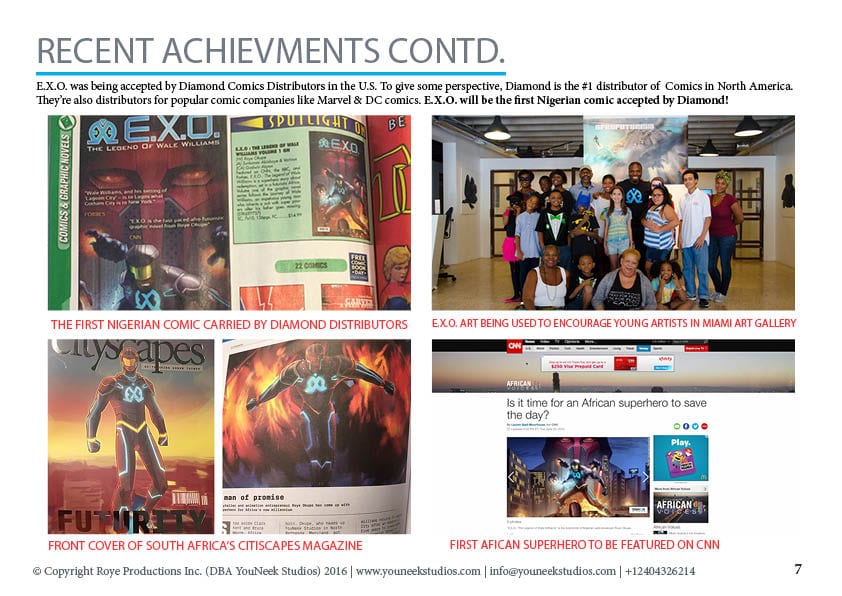